Monday, 06 June 2011
0
John Joshi
John Joshi discusses why a green bank would be good for the US's national security. 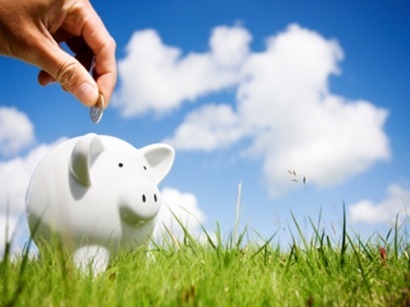 Germany is closing all of its existing nuclear plants by 2022. Chancellor Angela Merkel made the decision to close the nuclear plants and move Germany to the forefront of renewable energy generation and generate 35 per cent of Germany’s electricity from renewable resources. In the UK talks on developing a Green Bank are moving forward to kick start a low-carbon environment. The US is dependent on a hodge-podge mix of policies for funding renewable energy policy growth. Most policies are tax-equity based that can be used to offset corporate profits and generally used by large banks and corporations to reduce taxable income. Additional policies adopted by the DOE offer grants and loan guarantees for renewable projects and are targeted towards large scale utility projects and mostly have been used by the wind sector. The policy adopted during the financial crisis by Treasury offered an ITC Cash Grant in lieu of the ITC Tax Credit and is set to expire in 2011. The US needs a cohesive energy policy that is not based on the appetite of a few corporate players for tax-equity credits and is also not subject to political whims of Congress, especially in an election year when law makers will engage in social policy that wins elections and any meaningful renewable energy policy will take a back seat to politics.

A Green Bank could function as the core lending institution for New Energy development and deployment and would be public/private partnership similar to the Federal Reserve Bank or the Fed. The Green Bank would replace the various divisions of the federal government that are currently channeling capital to New Energy and Energy Efficiency. The Green Bank would take a strategic long-term view in developing the Green Infrastructure as part of its mandate of National Energy Security. The Bank would streamline federal spending and create the mechanisms for long-term certainty and guarantee structure, similar to housing finance GSE that would attract private sector buy-in and investments.

The Green Bank could be funded through a combination of strategies including consolidating existing government programs through the Green Bank and a simple surcharge on gas and electricity produced using fossil fuels to fund the growth of distributed renewable energy for the United States. According to the DOE and the US Energy Information Administration the US consumes on average 400MM gallons of gas per day and generates approximately 20MM MWh of electricity daily, 40% of which comes from coal fired plants.

If we simply added a surcharge of $0.01 on each gallon sold, we would generate $1.46 Billion annually. Similarly if we add a $1.0 surcharge for every MWh of electricity generated each day from coal fired plants we could generate approximately $3.0 Billion annually to fund a Green Bank that could support distributed renewable energy and efficiency projects. These funds could be used to offer grants for local distributed projects for municipalities, universities and non-profit public facilities, support R&D efforts in the area, as well as provide some limited guarantee programs for public/private structured transactions with a pool of assets of distributed renewable energy generation facilities. The surcharges would have a nominal increase in the cost of energy, with the average US household seeing an increase of $1 a month. Similarly, for the average US driver, a $0.01 surcharge/gallon would increase monthly cost per driver on average basis by 63 cents.

The US has to pay a social cost to move to a more environmentally friendly energy base. The enormous cost we bear for fossil fuels is unsustainable as we compete within a global market for these diminishing resources. We need to re-shift our thinking on energy security, sustainability and climate change and invest for a more sustainable energy infrastructure that limits geopolitical risks, creates local jobs and is renewable and local. In a fast developing world with more nations competing for the limited fossil fuels, it is imperative that we continue to diversify our energy portfolio and increase our investments in the sector. The investor community needs transparency, regulatory certainty and dependable investment returns to deploy capital for long tenure capital intensive projects. Similar to the development of policies on housing finance, like the 30 year government guaranteed mortgage, the energy sector needs a Green Bank to build the long-term infrastructure needed to attract investor capital.

A Green Bank would help support energy security which is a crucial element of economic stability and growth. Energy security is a key aspect of National Security, so we have to re-think our approach to renewable energy generation, funding and financing via a dedicated Green Bank would go a long way to assure investors and attract private capital to the sector. Redirecting current federal allocations via a Green Bank and incorporating a small surcharge on fossil fuel based energy can provide a flexible way to help develop distributed renewable infrastructure and generation, with a limited cost to society. Germany, Europe, China, India and other leading nations are moving forward in tackling climate change and energy security and have committed to increase the generation of electricity by renewable energy. The US needs to lead the world and adopt policies that will secure our future energy needs and guarantee our energy security. We must develop the mechanisms and clear roadmap to insure our energy security now. The costs will only increase later and we will not be a global leader in renewable energy. We must invest in local renewable energy; it is a matter of national and economic security for our future. Developing a Green Bank will move us in the right direction of insuring our National Energy Security.