Australian Project to Turn Biogas into Hydrogen and Graphite

Monday, 23 September 2019
1
Dan McCue
The Australian Renewable Energy Agency (ARENA) has approved up to $9.41 million in funding to Hazer Group Limited for the construction and operation of a groundbreaking hydrogen production facility in Munster, Western Australia. 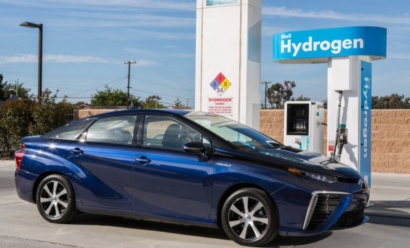 Hazer is seeking to build a $15.8 million 100 tonne per annum facility to demonstrate their proprietary hydrogen production technology which converts biogas from sewage treatment into hydrogen and graphite.

The Hazer Process is an innovative technology that converts bio-methane to renewable hydrogen and graphite using an iron ore catalyst, creating an alternate hydrogen pathway to the traditional approaches of steam Methane reforming and electrolysis.

Hazer will sell the renewable hydrogen for industrial applications and is exploring markets for graphite including carbon black, activated carbon and battery anode applications. Hazer aims to take advantage of waste or low value biogas streams such as from wastewater treatment plants, landfill sites and other industrial locations to produce higher value hydrogen and graphite.

Construction of the facility should be completed by December 2020 with operations beginning in January 2021.

“Hazer’s process represents an alternative way to produce hydrogen using biogas sourced from wastewater treatment plants. If successful, this project will offer opportunities to replicate the technology across other treatment plants and landfill sites across Australia,” he said.

Last year ARENA commissioned a report by ACIL Allen Consulting to look into the opportunities for Australia from hydrogen exports. The report found that Australia is in a strong position to become a leading exporter of hydrogen, as global demand increases over the next decade, predicting Australia’s hydrogen export industry could be worth $1.7 billion annually to the economy and create 2,800 jobs by 2030.

Hazer Managing Director, Geoff Ward said, “There is very significant interest in the potential for hydrogen to play an important role in the Australian economy through providing energy storage, services in grid support and resilience, in direct use as a transport fuel, and as a source of low emission heat and power. The completion of the Hazer Commercial Demonstration Plant is a key step to demonstrate the robustness and value of our technology and position Hazer to capture opportunities in this important growth market.”

ARENA’s funding is contingent upon a funding agreement being executed subject to conditions including a biogas supply agreement, a hydrogen offtake agreement and Hazer securing sufficient finance for the completion of the project. The funding will account for 41 percent of the total costs, including a contribution to operating costs.

Add a comment
Aloke
It is a great technological development and has great future in India. Dr Aloke Chakravartty http//dralokechakravartty.com
geothermal