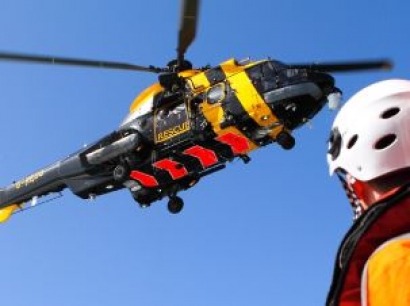 Bond is providing helicopter support to deliver maintenance technicians by hoist to the wind farm’s 140 turbines - the first helicopter operation of its kind in the UK.

The wind farm has a generation capacity of around 500MW, enough to power approximately 530,000 homes.

“Safety is our number one priority at all times so by using the helicopter it means that we can get greater access to our turbines safely and effectively, in conditions which may have been otherwise impossible by boat,” said Stephen Rose, Offshore Wind Generation Manager at Greater Gabbard Offshore Winds Limited.

The service uses a Eurocopter EC135T2i aircraft, operating seven days a week from a purpose-built facility at Lowestoft Port. Bond has invested approximately £5m in the operation, which has also lead to the creation of five new jobs in the local area.

Bond believes that using helicopters as part of offshore Wind Farm Operations & Maintenance strategy will enable wind farm operators and turbine manufacturers to benefit from increased availability than if they only relied on boats to transport staff offshore.

“We are delighted to be associated with Greater Gabbard and to be the chosen provider of rotary support," said David Bond, Commercial Manager at Bond Air Services. "The operation is well-established now, reinforcing our position as the UK’s market leader in the provision of helicopter services as well as laying the foundation for future expansion in the offshore renewables market.”