Monday, 28 September 2020
3
Robin Whitlock
Europe has a clear and credible plan to become the centre of the global hydrogen industry as its governments collectively finance the work needed to become the world’s first hydrogen economy says Rethink Energy Research. 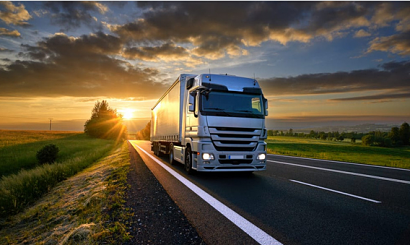 The end result will be 17 million fuel cell powered vehicles across Europe by 2040 - from under a thousand today. Covid-19 recovery funding is set to pave for much of the R&D required to power the transition and the new hydrogen industry will grow at a CAGR of over 50 percent, reaching annual revenues of over $115 billion in Europe alone by 2040. It will have cumulative revenues of over $850 billion by that time.

Snowballing promises and financial pledges surrounding green hydrogen mean Europe stands a real chance of becoming home to many of the major players in one of the fastest emerging economic sectors. Ironically neither USA, the oil king, or China, the renewables leader, seem quite ready for the hydrogen revolution.

Establishing this lead in the hydrogen sector, will rely on the mass deployment of fuel cell and electrolyser units. The new Rethink Energy Report entitled “Europe goes all in on hydrogen for the transport economy,” one of the company’s ‘Looking Glass’ reports on each industry as it goes through the energy transition, identifies key players and likely winners across the transport sector.

Green hydrogen also aims to satisfy requirements in other sectors like heating, energy storage and industrial feedstocks, but it is the transport sector, due to its huge volumes, that will allow Europe a chance to develop a rapid technological lead through economies of scale.

The earliest growth in hydrogen fuels cells will be seen in the rail sector, where the economic case for fuel cell units is already attractive, but the largest push of the sector will come as fuel cell trucks enter commercialization as we enter the 2030s, becoming the sector of greatest hydrogen demand by 2036.

By 2030, the total demand for hydrogen from Europe’s road transport sector will exceed 1,350 kilotons per year, up from just 2 kilotons today. Driven by falling costs and government incentives for decarbonisation, the market will continue to accelerate beyond this, with demand growing nearly 7-fold to reach 13,800 kilotons by 2040.

The largest contributor towards this will be the bloc’s hydrogen trucks, with 2 million set to be on Europe’s roads by 2040, followed by the demand from 5 million light commercial vehicles, 240,000 buses, 9 million passenger vehicles, and 9,600 trains.

Tags: Hydro ,Hydrogen ,Europe ,Fuel ,Transport ,Fuel cell ,China ,Oil ,Storage ,Carbón
Add a comment
Martin
Complete insanity no doubt driven by Big Oil who supply the natural gas used to make most of H2 (hydrogen) made today using steam reformation, itself a highly energy-intensive process. Then they want to use the H2 in a - hopelessly expensive and unreliable - fuel cell-based motive system that is, at best, 50% efficient, thereby throwing half the H2 away! The H2 refuelling infrastructure does not exist (there are merely ~180 in the whole of Europe, currently, as opposed to 138 *thousand* traditional filling stations) and even if it were built by 2040 the cost would be astronomical - using Toyota\'s €2m/H2 station figure, even if we built H2 refuelling stations that numbered just 10% of existing fossil fuel ones, the cost for EU countries would be trillions. Conversely, using a pure electric drive train, all the technology required is off-the-shelf, the drive train efficiency is near 90% and the vast bulk of the \'refuelling\' infrastructure is already in place - the National Grid. The factories to make the batteries required are already being built and, once lithium battery cost lowers still further (it has already halved in 10 years) the possibility of locally generated renewable energy principally from wind and sun that can be stored for when it is needed will mean a truly green transport (and energy, generally) system. Sadly, there are too many vested interests and insufficient politicians with any guts and/or morals to take on the oily-garchs.
Peter
That\'s why Goldman Sachs this week said hydrogen was set to become a $12 trillion industry by 2050.
no_such_thing_as_hydrogen_industry
There is no such thing as global hydrogen industry. There is no such thing as green hydrogen (as of now, all hydrogen is made from CH4 - methane which releases CO2 into the atmosphere). Hydrogen fuel cells have been \'the next miracle fuel\' for 20 years now. Don\'t expect that to change. The simple economy principles will not let it happen.
Subscribe!
ocean energy