Wednesday, 18 May 2022
0
Robin Whitlock
Due to the surging need for power transmission networks that ensure minimal losses over long distances, global high-voltage direct current (HVDC) cables market is expected to see a positive upswing over the next few years, according to a recent study by Global Market Insights. 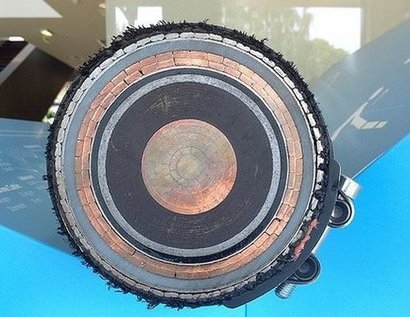 Over the last few decades, HVDC has been efficiently complementing AC power transmission. With a series of breakthroughs in the domain, HVDC transmission lines might soon replace AC platforms, which have certain limitations that DC grids can address effectively.

A series of recent contracts represent the positive outlook towards the industry.

For example, the UK subsea HVDC cables market, with SSEN Transmission securing regulatory approval. The UK is expected to see a significant upturn in its renewable generation and transmission networks over the next decade. Recently, in March 2022, Scotland-based utility Scottish and Southern Electricity Networks, better known as SSEN Transmission, announced that it has received Ofgem's approval for a 2 GW High Voltage Direct Current (HVDC) subsea link that will connect Peterhead in Scotland to Yorkshire in England.

Worth over 2.1 billion euros, the project will address spiralling demands on electricity transmission networks, catering to over 2 million homes. SSEN will work in collaboration with the National Grid Electricity Transmission (NGET) for supporting zero emission ambitions of the British and Scottish governments.

UK’s HVDC infrastructure is undergoing substantial transformation, as Ofgem has also granted provisional approvals for another two gigawatts subsea link from the northeast of England to southeast of Scotland. NGET is collaborating with SP Energy Networks for connecting Torness in Scotland to Hawthorn Pit in England.

UK and Germany are to welcome their first direct power connector. Owing to the ongoing Russia-Ukraine conflicts and its implication on energy shortages, a number of cross-border HVDC connections are likely to emerge in Europe over the next few years. In April 2022, Siemens Energy AG announced that it has been selected to construct two high voltage direct current converter stations across Germany and the UK.

The company will work in tandem with Prysmian SpA, which is expected to manufacture, design test, and install the subsea interconnector. The 725 km long connection will enable an exchange of more than 1.4 gigawatts of power across both the nations. With the two contracts estimated to be above GBP 1.5 billion (or $1.95 billion), Europe cross-border HVDC cables market share will grow at a notable pace.

The Middle East and Africa (MEA) HVDC cables market is anticipated to exhibit a promising CAGR between 2022 and 2030, driven by the rising investments in green offshore operations. Growing investments in a carbon-free future have been increasing the deployment of HVDC submarine power cables. Recently, in April 2022, Canada-based engineering, procurement, and construction (EPC) provider SNC-Lavalin received a contract from Abu Dhabi National Oil company (ADNOC) for providing sustainable power to its offshore operations.

The report also finds that the rising public investments and fundings to deploy high and ultra-high transmission lines coupled with government inclination toward usage of renewable energy assets will further reinforce the industry demand. So too will favourable incentives toward the smart technologies for energy efficient solutions across the power infrastructure with regard to the inter-regional industry.

The Japanese HVDC cables market is one example where the market is projected to grow on account of the increasing investments for low emission energy network along with rising number of subsea power cable projects supporting offshore wind farms.