Tuesday, 04 December 2012
0
Robin Whitlock
Investment in gas must be on a level playing field and not to the detriment of renewables, the REA has warned on the eve of the publication of the Chancellors gas strategy 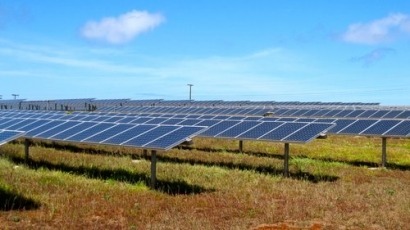 The Renewable Energy Association (REA) is urging the government to adopt a gas strategy in line with renewable energy and carbon objectives with gas fired power generation complementing rather than competing with renewables.

Recent reports in the UK media have suggested that the Chancellor will announce tax breaks for shale gas exploration while other British politicians are in Doha negotiating a global agreement on emissions reduction. Such a policy would fly in the face of the International Energy Agency (IEA) call for an end to global subsidies for fossil fuels which it estimates to be over six times the global subsidies for renewables. Furthermore the Chancellor has personally signed a communiqué in Mexico City promising to “rationalize and phase-out over the medium-term inefficient fossil fuel subsidies that encourage wasteful consumption”.

“The IEA and the World Bank are sounding the alarm that we need to transform our energy systems urgently to avoid a temperature rise of four degrees” said REA Chairman Martin Wright. “It will be ironic if the Chancellor fires the starting gun on a second 'dash for gas' – controversially shale gas at that – even as his colleagues scrabble for progress in Doha. There should be no question of a conflict between gas and renewables. Gas could complement the growth of renewables, but a massive expansion will jeopardize climate change objectives. It is significant that last week the Energy Bill was announced by DECC, whereas it is the Chancellor who is announcing the Gas Strategy. When taken with the failure to set a carbon reduction target in the Bill, and an Emissions Performance Standard for gas that fails to bite until 2045, it appears that central Government is prioritising fossil fuels over renewables.”

Investment in renewables has already declined due to prolonged instability in the policy framework. Although the recent Energy Bill helped to boost industry confidence the key requirement is consistency in government policy.

“Given the value of final investment decisions in renewables has fallen to half that of 2010 levels, we urgently need Government to apply maximum effort to securing recovery for renewable energy investment” Mr Wright added. “That means vigorously addressing the barriers EMR still presents to renewables and making it abundantly clear that the Gas Strategy is not intended to, nor will, undermine the climate for renewables investment.”

The REA also wants the government to acknowledge the role of renewable gas such as biomethane. According to REA Head of Biogas David Collins, there is huge potential in the UK for the generation of renewable gas from anaerobic digestion (AD) and gasification technologies. Biogas can also cut methane emissions from landfill sites and farm slurry pits while replacing mineral fertilizers. This will in turn provide numerous opportunities for farmers to diversify.

“National Grid estimates that if exploited fully, biomethane could provide at least 15% of our residential gas supply” said Collins. “We call on the Government to recognise the immense potential of green gas and to demonstrate high level commitment to working with industry to ensure this technology can fulfil its potential.”

The REA will shortly engage with the Department of Energy and Climate Change (DECC) on the implementation of the Electricity Market Reform package introduced in the Energy Bill published last week.