Tuesday, 27 September 2011
2
REM
Siemens has delivered high-voltage direct-current (HVDC) technology that allowed Red Eléctrica de España (REE) to link Majorca with the Spanish mainland via an electricity highway laid in the Mediterranean. It is planned that the link will bring much-needed renewable power from the mainland including that generated by a new hybrid solar thermal electric plant, also being developed in conjunction with Siemens. 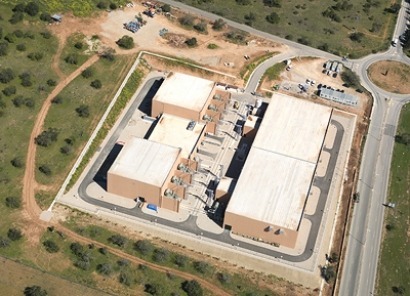 In the future a significant proportion of the vacation island’s power demand will thus be met using wind, solar and hydroelectric power which is produced on the mainland. At the same time supply security to the island will be enhanced.

“This project is representative of a trend in Europe: Power grids are distinctively coming closer together. With our HVDC technology renewables-based power can be transmitted over long distances with low losses. HVDC links will become the backbone of power grids and the German energy system turnaround. They will help to increase the share of renewables in the European electricity mix,” said Michael Suess, member of the Managing Board of Siemens AG and CEO of Siemens Energy. “HVDC is a rapid-growth segment. In the last 40 years links with a total capacity of only 100 gigawatts were installed, 40 percent by us. In this decade alone we’re anticipating invitations to tender for new HVDC links worldwide for a further 250 gigawatts,” added Suess.

Under contract to the Spanish grid operator Siemens installed two converter stations for the conversion of alternating into direct current, one in the vicinity of the island’s capital city Palma de Mallorca and a second on the Spanish mainland near Valencia. A 244-kilometer-long power line was laid through the Mediterranean between the two stations.

Through the HVDC link 400 megawatts can be transmitted to Majorca, which is equivalent to a good 25 percent of the island’s installed power plant capacity. In the future it will thus be possible to meet both the power demand of one quarter of the 860,000 inhabitants and ten million tourists annually from the mainland. The Spanish mainland power mix includes an outstandingly large portion of renewables-based generation amounting to 35 percent, whereas Majorca’s installed power plant fleet is almost exclusively operated with gas, coal or oil.

Compared with the construction of an additional new power plant the link to the mainland will in the future reduce annual carbon dioxide emissions by as much as 1.2 million tons, or roughly halve emissions. In addition, the capacity of a new power plant would only be utilized during the high season, because power demand on Majorca approximately doubles during the summer peaks. Not only Majorca but also wide areas of the Balearic Islands will in the future be supplied with power from the mainland. A power link exists between Majorca and Menorca, and another submarine cable to Ibiza is planned. There is already a cable from Ibiza to Formentera.

In a separate development, Siemens Energy has received an order for a solar field in Catalonia, Spain, from the Spanish EPC UTE Termosolar Borges (Abantia/Comsa Emte). Siemens will design, supply, integrate and construct the entire solar field, including the mirrors and solar receivers.

The unique parabolic trough power plant, to be built in Les Borges Blanques near Barcelona, will have a capacity of 22.5 MW and will include energy from biomass in addition to solar. The project is planned to enter operation in 2013.