Monday, 21 January 2013
0
Robin Whitlock
A total of 192,100 acres of public land identified as potentially suitable for deployment of wind and solar 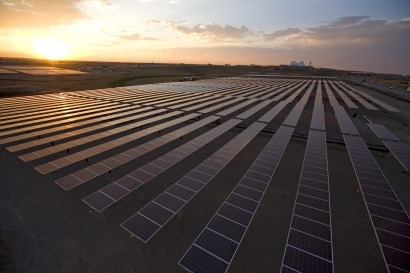 Secretary of the Interior, Ken Salazar, announced the designation of the land as being suitable for utility-scale renewable energy installations as part of President Obama’s programme for the expansion of domestic energy production. The publication of the Record of Decision (ROD) follows a three-year analysis of disturbed land and areas with few known resource conflicts that could potentially be used for renewable energy plant. One of the sites identified is the Agua Caliente Solar Energy Zone in Yuma County, Dateland. This is the third such zone to be earmarked for public land in Arizona and the 18th nationally. These solar zones are part of the President’s effort to identify areas in six US states with high solar energy potential.

“This project is a key milestone in our work to spur smart development of solar and wind energy on public lands across the West,” Secretary Salazar said. “Arizona has huge potential when it comes to building a clean energy economy, and this landscape-level plan lays a solid foundation for making sure that it happens in the right way and in the right places. As we advance the President’s energy strategy, we continue to work closely with states, local communities, tribes, industry, conservation and other groups to reduce potential resource conflicts and expedite appropriate projects that will generate jobs and investment in rural communities.”

The Obama administration has approved at least 34 renewable energy proposals for public lands since 2009. These include wind, solar and geothermal projects and in total they could generate 10,400MW of electricity, enough to power more than 3 million homes. The lands identified in Arizona include former agricultural areas and land with low resource sensitivity and few environmental conflicts. Bureau of Land Management lands requiring protection, such as areas with endangered or threatened wildlife and areas of cultural or historic importance were instantly eliminated from consideration. The lands selected for consideration also had to be near transmission lines or load centres as well as being close to populations with a high electricity demand.

US Department of the Interior (DoI)