Monday, 20 November 2017
0
Robin Whitlock
Bombora Wave Power has announced the expansion of its European operations with new headquarters based in Wales, UK. 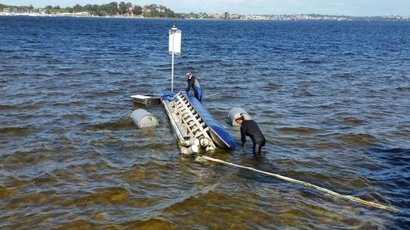 The announcement follows the company’s capital raising announcement on 17th November, detailing a multi-million dollar investment by global energy company Enzen, to support its 1.5 MW mWave device that converts wave energy into lowcost, clean electricity. Bombora will be basing its operations in south Wales at Pembroke Dock, which offers good access to experienced marine energy staff, critical supply chain capability and marine operations expertise. This will enable the company to strengthen its team and ramp up operations to commercialise the mWave technology. Key staff, including Chief Executive Officer, Sam Leighton and Chief Technical Officer, Cam Algie, are relocating from Australia to Wales to launch the operations and facilitate the transfer of the technology.

The company is planning to ramp up its recruitment and supply chain activity over the coming weeks as the Pembrokeshire operations become fully operational.

“The Welsh offer various schemes and financial incentives as well as excellent planned testing facilities, to make it an ideal location to develop our mWave technology commercially” said Sam Leighton. “Our parent company and Board remain in Australia, where we have an extensive network of development partners still integrally involved in developing the mWave as well as the Albany Project in the mid term pipeline.”

The Welsh team will focus on a two and a half year, 20 million euro project to design, fabricate and test the first 1.5 MW mWave. Bombora is in discussions with Marine Energy Wales and the Milford Haven Port Authority to secure both construction and test sites. The company is also aiming to access the Marine Energy Test Area (META) in Pembrokeshire, which includes access to an exposed ocean testing area. META is being developed by Marine Energy Wales and the test areas can accommodate multiple wave and tidal energy developers.

Elsewhere, the company will continue to develop sites suitable for ‘multi device commercial trials’, including the previously announced project in Peniche, Portugal, which is currently going through its site consenting process.