Canary Islands to Pioneer Use of Renewable Wave Energy

Wednesday, 02 May 2018
0
REM
Swedish wave energy company, Seabased, is teaming up with United Arab Emirates’ Infocom Connect to provide wave energy for commercial projects in the Canary Islands. The partnership will begin with a project for a pilot 5 MW installation to provide energy for a desalination plant, but could expand to address multiple energy needs, from automobile recharging stations to supplying the grid. 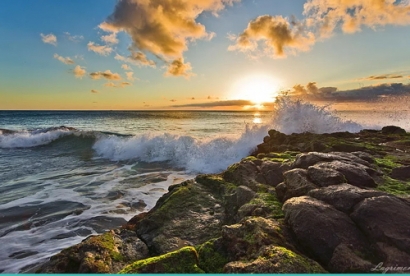 A group of autonomous islands off the coast of Spain, the Canary Islands rely heavily on diesel to fuel homes and businesses for the area’s two million residents, as well as roughly 15 million annual tourists. But one of the heaviest consumers of power is desalination plants. The islands have limited fresh water and must continually desalinate ocean water to maintain supply. Much of this is done with diesel, but the islands are working to replace fossil fuels with renewable energy. Óscar Sanchez, Executive Manager of SBH Hotels and Resorts company, which is one of the largest private companies in the Canaries, is behind the wave energy desalination project. Sanchez’ family also owns a desalination plant with a capacity of 5,000 cubic meters.

“I am deeply invested in the future of the Canary Islands and am excited about the potential of wave energy in this area,” Sanchez said. “We have slightly less than 3,000 square miles of land mass and it makes perfect sense to get our power from the waves. I see enormous potential of using wave energy not just for specific projects, like desalination, but ultimately to provide power for hotels and the grid itself, which should be less expensive than fossil fuels.”

“This project in the Canaries represents a great opportunity that could be replicated and scaled,” said Seabased CEO Øivind Magnussen.

Infocom Connect Managing Director John Crawford expressed enthusiasm, saying, “We were looking for renewable energy companies that could serve very specific markets. Wave energy is ideal for many of these markets and Seabased is a leader in this emerging industry. They have an impressive technology and track record. I look forward to many more joint projects in the future.”