Monday, 04 March 2019
0
Dan McCue
The world’s first Port & Maritime Accelerator, PortXL, now in its fourth year, recently completed its Rotterdam program with the conclusion of the selection days, the climax of a year-long scouting process. After two days of pitches, Q&As, and industry interaction, 28 shortlisted start-ups and scale-ups were evaluated by an expert jury, leading to 21 of those being selected for the program. 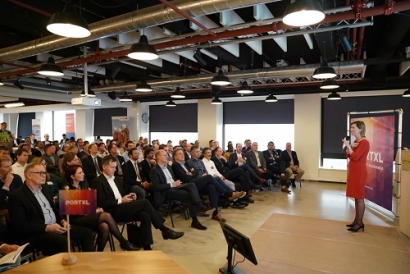 The start-ups will now embark on an intense three-month acceleration program, starting on the 25th of March and ending with Shakedown on the 20th of June.

Israeli company, Eco Wave Power, was one of the start-ups selected. The company was represented by Yair Rudick, the Business Development Manager of the company.

Eco Wave Power has developed an innovative technology for the generation of clean electricity from ocean and sea waves. The company was selected with the goal of setting the first wave energy power station in the Netherlands.

The Gibraltar power plant (co-funded by the European Regional Development Fund) has been connected to the grid since 2016 and has become the world’s longest grid connected array to date. The Gibraltar project has helped position wave energy as a viable renewable energy source and now Eco Wave Power is looking forward to expanding its technology to additional locations around the world.