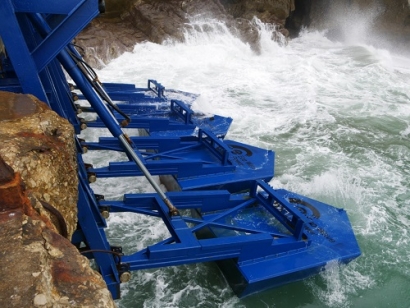 Ten projects made it to the final stage of the contest. Four of the finalists were from Israel, four were from France, and two were from the US. The four Israeli finalists arrived as part of an official delegation from the city of Tel Aviv, which was led by Adi Ashkenazi from the Environmental Office.

“Women are building the foundation for the bold, healthy, resilient and just future we all want,” said Anne Hidalgo, Mayor of Paris and Chair of C40 Cities. “I congratulate each of the Women4Climate Tech Challenge finalists. These inspiring women have refused to recognize a ceiling for their talents and for what is possible in terms of climate action. We look forward to supporting their bold visions as they lead the way for generations to come.”

During the competition, each finalist presented her solution on stage to the honorable jury, including; Fernando Medina, Mayor of Lisbon; Karla Rubilar, Governor of the Metropolitan Region of Santiago; Celia Blauel, Deputy Mayor for Ecology, Climate, Environment, Water and Sanitation, Paris; Anni Sinnemäki, Deputy Mayor for Urban Environment, Helsinki;. Monica Barone, CEO of the city of Sydney; and Dr. Orli Ronen, Head of Innovation and Sustainability, Tel Aviv.

After the jury’s deliberation, Eco Wave Power, which developed a unique and innovative technology for generation of clean electricity from ocean and sea waves, was chosen as the winner of the challenge. As a result, Eco Wave Power will implement its technology as part of a cutting edge project in the City of Tel Aviv.It will be the first time in the history of Israel that wave energy will be connected to the country’s grid and the residents will be able to receive clean electricity from the waves.

The mayors of Sydney, Lisbon and Freetown also expressed their interest in the implementation of Eco Wave Power’s technology in their cities, as like Tel Aviv, their cities are located on the coastline.