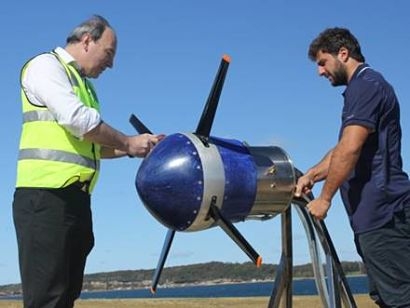 The agreement was signed with the Autonomous Bougainville Government (ABG) and it will see a business case and funding plan developed for a renewable-based electricity grid for the Buka town, underpinned by tidal energy from the Buka Passage, a narrow body of water between Buka Island and Bougainville Island in the Autonomous Region of Bougainville, in eastern Papua New Guinea.

At almost four kilometres long, averaging 400 metres wide and 20-30 metres deep, the natural flow of the tides and currents has created a highly energised site which is ideal for tidal energy.  Adding to the attraction of the Buka Passage for tidal energy development is its location in the middle of the thriving Buka town region, a trading hub and seat of Government for the Autonomous Region which has rapidly growing demand for electricity.

Under the agreement, Mako, based in Sydney, Australia, will survey the Buka Passage for its tidal energy potential and will establish a demonstration site in conjunction with local businesses.

Economic development adviser Kleinhardt, based in Cairns, Australia, will prepare a business case for an upgraded grid, as reliable and cost-effective electrical power will have a key role in all the economic development projects the company is helping to facilitate.

“The Buka Passage contains enormous energy potential” said Mako managing director Douglas Hunt. “In fact, our preliminary estimate is that at any one time up to 35 million tonnes of water is flowing rapidly through the passage between Buka and Bougainville Islands.  With the Mako tidal turbine system, we are confident we can assess and tap into this energy to provide cost-effective and reliable renewable electricity to benefit the surrounding community.”

Mr Hunt added that the Autonomous Bougainville Government has granted the project a two year exclusive mandate to bring together a group of leading renewable energy and storage technology providers to plan the region's first city-scale renewable-based electricity grid, with tidal energy from the Buka Passage as a key component. 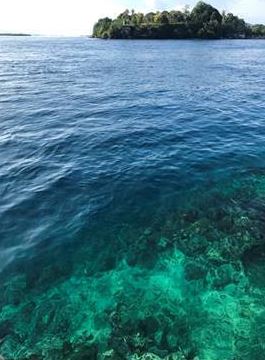 Initially, Mako will undertake detailed resource mapping of the Buka Passage using its proprietary systems and will separately install a tidal turbine demonstration site to provide electricity to a local shoreline business. The two companies will also identify suitable partners to formulate a business case for a renewable-based electricity grid to meet the needs of the 50,000 people living in and near Buka Town. Sources of funding will be investigated to ensure the electricity grid can be upgraded to meet the needs of a growing population in the region.

“The ABG is happy to give support to Mako Tidal Turbines to undertake studies of the Buka passage, to assess its potential for tidal energy generation, particularly as Mako has agreed to share all of its data with the ABG” said ABG Minister for Economic Development Fidelis Semoso. “If the studies find we can unlock this energy potential, then it will change Buka town and the living standards of the people. Therefore, we really support the project”.

Mako Tidal Turbines is a subsidiary of Elemental Energy Technologies Ltd, an Australian unlisted public company which has been developing tidal turbine technology for over nine years. The company is based in Sydney, NSW Australia and has operations and projects underway in Australia, Japan, Singapore and Europe.

The Autonomous Bougainville Government (ABG) was developed from the peace negotiations (Bougainville Peace Agreement) that concluded the Bougainville Crisis era during the 1990s and early 2000s. The purpose of ABG is to function as the official governing entity within the Autonomous Region of Bougainville and to represent and advocate for the interests of Bougainvilleans in the national context of Papua New Guinea and in international affairs.