Monday, 10 June 2019
0
REM
Marine energy company, Minesto, has been awarded a €2.5 million grant from the European Commission’s SME Instrument program. The funding will support the installation of Minesto’s technology in the Faroe Islands together with the utility company SEV. 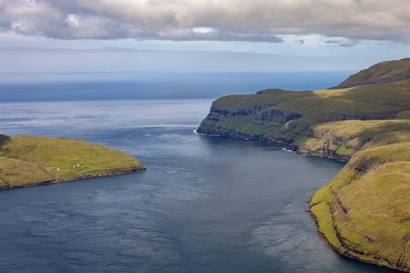 “This is great news for Minesto and our joint project with the utility customer SEV,” said Dr. Martin Edlund, CEO of Minesto. “The EU community once again show trust and commitment to our technology and commercializationroadmap.”

Minesto will receive the grant from EU’s SME Instrument Program phase 2 for the development and operation of the company’s unique Deep Green technology in the Faroe Islands, where Minesto has engaged in a collaboration agreement with the main power generator and distributor SEV.

When matched with Minesto’s technology, the tidal current resource in the Faroe Islands will constitute a valuable share of the grid mix in a cost-effective and 100 percent renewable energy system by 2030. Following the first planned installations in Vestmannasund, the long-term ambition of the Minesto-SEV collaboration is a stepwise build-out up to 70MW installed capacity.

Minesto’s proposal for funding support from the SME Instrument phase 2 was selected for the maximum amount of funding in competition with 1,764 other applications from small and medium-sized enterprises in 35 countries.

SME Instrument is part of the European Commission’s European Innovation Council (EIC) and supports ground-breaking innovative ideas for products, services or processes that are ready to conquer global markets. It is divided in different phases with €50,000 grants available in phase 1, which Minesto was awarded in June 2018. In phase 2, grants in the range of €500,000–€2.5 million are available for innovation development and demonstration purposes.