Wednesday, 05 October 2022
0
REM
Minesto, leading marine energy developer, has revealed that the site development of the world’s first tidal energy kite array in Hestfjord, Faroe Islands, is efficiently progressing according to plan. The total planned capacity of the array is about 30 MW, including twenty-four kite systems at 1.2 MW each. The annual yield of the site is estimated to be 84 GWh*, which is equivalent of 20% of the total Faroese energy consumption in 2021. 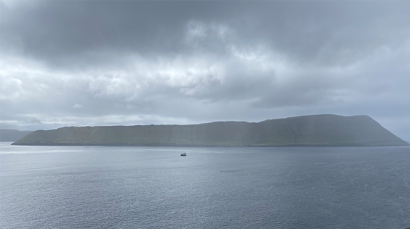 The assessment work undertaken covers all aspects of the site development, including environmental assessment studies, and the infield cable routing and grid connection works. The focus ahead is to finalise the installation configuration of the first four kites forming the first 5 MW phase, as well as securing onshore service assets.

“We are pleased with the progress of the Hestfjord site development project. The local conditions are highly favourable for a first-of-a-kind installation and has the potential to contribute to a substantial part of Torshavn’s energy supply,” says Dr. Martin Edlund, CEO of Minesto.

The site development project is a collaboration between technology developer Minesto, utility company SEV and Faroe Islands governmental authorities. In addition, The University of Faroe Islands has contributed to the initial site assessment work. An important upgrade of the distribution grid to capital city Torshavn (10km away) is undertaken by Minesto’s partner SEV:

“Having one of the most ambitious national schemes for green transition, we are planning several vital infrastructure investments, including the grid connection point for the tidal array buildout,” says Terji Nielsen, Head of R&D at SEV.

*As communicated in press release “Minesto announces commercially relevant power production for its next generation Dragon Class tidal energy kites” December 2021: The projected annual output of 3,5 GWh for a D12 (12-m wing and a rated power of approx. 1.2 MW) tidal kite system is based on installations at identified sites such as the Hestfjord strait..