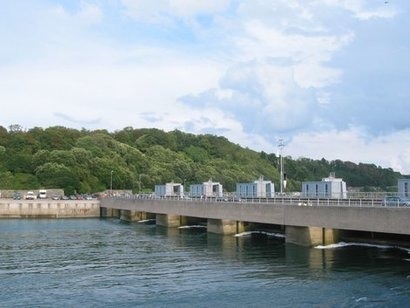 The project features power generating turbines and transport links from the M6 in the south to Millom, with the potential to also reach Moorside if appropriate. It is being developed by Northern Tidal Power Gateways Ltd which has found that the gateway at Morecambe Bay could produce 6,500 GWh of electricity per annum, enough to power approximately 1.5 million homes. The investigations have also found that the Duddon Estuary gateway could generate around 100 GWh of electricity each year, the equivalent of powering approximately 25,000 homes.

In addition to the power generated from these renewable resources, there is potential to vastly improve both transport infrastructure and connectivity in the areas, which would boost economic growth. Other possible benefits include employment, education and welfare, environment and flood risk management.

The Northern Tidal Power Gateways will cost an estimated £8 billion but will have the potential to generate over 7,500 construction jobs and more than £300 million gross value added per annum to the north west economy during construction. The long-term benefits for Lancashire and Cumbria could also be equally significant, with new employment opportunities in key growth sectors such as advanced manufacturing, logistics and tourism. Mott MacDonald will analyse how the wider economic benefits of the scheme can be captured and realised.

“We are very proud to be working on this exciting and ambitious project, which has the potential to be transformational for the North West” said David Stork, Mott MacDonald’s project director. “Our team will be responsible for investigating all the opportunities made possible by this development, as well as understanding the challenges that will need to be overcome to make the project feasible. Mott MacDonald also works on large hydropower projects around the world so we’ll be bringing that extensive expertise to the project as well.”

Northern Tidal Power Gateways is the brainchild of Alan Torevell, chair of Dewhurst Torevell, who are hoping that there will be sufficient confidence to move into the feasibility phase of the project, where all the necessary planning requirements will need to be met and any remaining environmental concerns alleviated to enable a start to be made, before the end of Autumn 2017.