Monday, 30 April 2012
0
Toby Price
Dr. Thiemo Gropp, Director of the non-profit Desertec Foundation and Brian Schmidly, Regional Coordinator of the Desertec Foundation in Mexico, have issued a statement on the recently enacted climate law aimed at cutting carbon emissions in half by 2050. “This is an exciting and hopeful time for the renewable energy and low carbon industries in Mexico,” said the Desertec representatives. 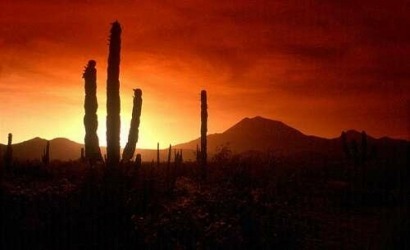 The Mexican House of Representatives recently passed a climate law, on approval by the Mexican Senate, will be only the second such law in the world after the UK enacted its Climate Change Act in 2008.

The Desertec Foundation was among a number of organisations to welcome the recent developments in Mexico regarding the passage of a comprehensive law on climate change through its Chamber of Deputies and its Senate, clearing the way for President Felipe Calderon to sign it into law.

“We consider this to be a landmark piece of legislation in Latin America and the world. It is also a significant enough piece of legislation to propel Mexico to the forefront of the Latin American fight against climate change,” said Dr. Thiemo Gropp and Brian Schmidly of the Desertec Foundation. “What makes this legislation so extraordinary, too, is that it passed with broad, multi-partisan support.  In a country that is known more for fossil fuel exports than renewable energy installations, this is an exciting and hopeful time for the renewable energy and low carbon industries in Mexico.”

A climate law may not sound very inspiring, but Mexico's is special. It requires the whole country to get on track for a cleaner, greener future, one with 50% less carbon by 2050. When it becomes law, the government will make rules to phase out fossil fuel subsidies; make renewable power fully competitive with oil, gas and coal; cut dirty carbon emissions 30% by 2020 with international support; and ensure that 35% of Mexico's electricity will come from clean sources by 2024. And all of this will happen with a strong focus on equity, conserving Mexico's environment, and making sure there's full and broad citizen participation.

Given these objectives, the Desertec Foundation sees Mexico as “a perfect candidate to implement [its] vision of providing renewable energy from its deserts”.

WWF also applauds Mexico for its leadership, but questions why its North American neighbours – the US and Canada – can't do the same. “The US is the world's 2nd biggest emitter and Canada is the 7th. By any definition they are prosperous countries. Yet Canada's federal government in particular has turned its back on the Kyoto Protocol, is promoting high carbon, high impacts tar sands, and is ignoring its national wealth of renewable energy. And the US still lacks anything close to a climate law, a national law on renewable energy, or even a federal law that limits emissions,” said WWF last week.

Right now, Mexico country is the world's 11th biggest emitter and also its 11th biggest economy. By 2050, though, it's projected to be the fifth largest economy in the world. If it continues with this path, it is set to be one of the greenest. “In WWF, we're crossing our fingers, and getting ready to celebrate Mexico for providing all of us with inspiration and leadership,” concluded WWF.