Thursday, 03 June 2021
0
Robin Whitlock
ABB has committed to electrifying its vehicle fleet by 2030, sourcing 100 percent renewable electricity by 2030 and establishing energy efficiency targets, including the systematic use of energy management systems. 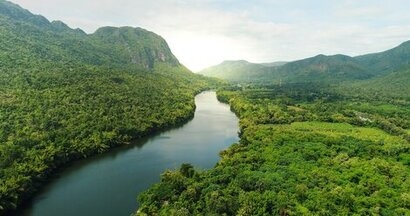 As part of its new Sustainability Strategy and its ambition to enable a low-carbon society, and ahead of World Environment Day on 5th June, ABB has announced that it has joined three initiatives led by the international non-profit Climate Group in line with its action plan and focus areas identified to reduce its own emissions.

ABB also commits to sourcing 100 percent renewable electricity until 2030. In 2020, 32 percent, of all the electricity used by ABB, was either purchased as certified green electricity or generated by the company’s own solar power plants. Since 2020, ABB in Switzerland already sources 100 percent of its power from renewable sources. The company has also committed to establishing energy efficiency targets and continue deploying energy management systems at the company’s sites. Already today, more than 100 ABB sites are covered by externally certified or self-declared energy management systems.

Furthermore, the company’s own reduction targets have now also received approval by the Science Based Targets initiative (SBTi) confirming that they are in line with the 1.5°C scenario of the Paris Agreement. The SBTi is a partnership between non-governmental organizations CDP, United Nations Global Compact (UNGC), World Resources Institute (WRI) and the World Wide Fund for Nature (WWF). The SBTi defines and promotes best practices in science-based target setting and independently assesses companies’ targets.

ABB has also joined the Business Ambition for 1.5°C Campaign, a global coalition of UN agencies, business and industry leaders, led by the UNGC.

“At ABB, we want to lead by example across our own operations and the confirmation that our ambitious targets are now scientifically verified is an important milestone for the company” said Theodor Swedjemark, Chief Communications and Sustainability Officer. “We believe that the combination of technology and empowered people is key to reducing emissions and avoiding the further heating of our planet.”