Algeria to invest $60 billion in renewable energy through 2030

Wednesday, 09 February 2011
0
Algeria will invest $60 billion in renewable energy through 2030, with projects expected to boost the North African country’s renewable energy output to 12,000 MW by then. 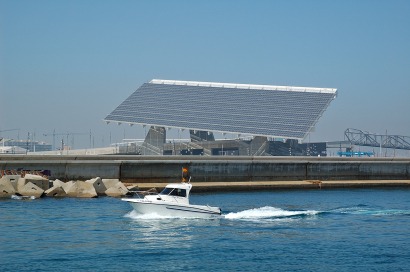 According to Noureddine Bouterfa, chief executive officer of state-run gas and electricity company Sonelgaz, of the 12,000 MW foreseen by 2030, about 7,200 will come from geothermal plants, 2,800 from photovoltaic panels and 2,000 from wind farms.

Between now and then, the county has established intermediate goals of having 650 MW of energy produced renewables by 2015, and 2,700 MW by 2020, he said.

Bouterfa made his comments to the Algeria Presse Service.

Algeria, a member of the Organization of Petroleum Exporting Countries, is seeking to diversify into renewable energy and decrease its reliance on fossil fuels.

It awarded a contract valued at $408 million for the construction of a solar energy plant to Centrotherm Photovoltaics AG of Germany. The plant will have an output capacity of between 116 MW and 120 MW and is expected to start production in 2013.