Friday, 07 May 2021
0
Robin Whitlock
Starting in 2022, at least one appliance for heating in most new California homes and buildings will likely be powered with electricity, rather than gas, according to a draft rule released this afternoon by the California Energy Commission. The code is thought to be first in the country to make heat pumps the baseline technology for a building code. It also increases ventilation standards for gas stoves as concern about the health dangers of burning gas indoors grows. 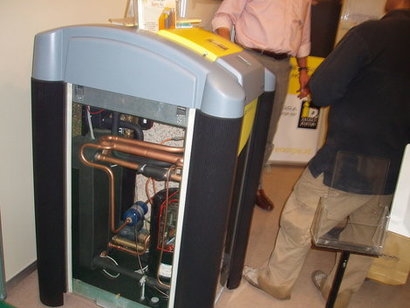 Advocates say these measures will have climate and air quality benefits, but fall short of the all-electric building code that more than 200 stakeholders and advocates in California have requested.

The release of the draft rule comes on the same day that the United Nations released a landmark report calling for an urgent cut in global methane emissions and warning that expanding the use of fossil gas is incompatible with limiting global temperature increases to 1.5 degrees Celsius. Polling from FM3 released on Wednesday highlights that Californians, too, are feeling the urgency of the climate crisis, with two thirds of voters saying the state should be moving more quickly to address climate change.

A study from Harvard University on Wednesday found that burning gas is now the leading cause of premature death in 19 states, and that outdoor air pollution from burning gas in buildings cost California $2.3 billion in 2017 alone.

Attention is now likely to turn out California’s 2025 code, as analysis from Energy Innovation has found that meeting the Biden administration’s climate target of cutting climate pollution 50% by 2030 would require that new construction across the nation be all-electric from 2025. Building without gas delivers considerable cost savings for developers and residents.

“The 2022 code update is a step in the right direction, but with the health and prosperity of millions of Californians hanging in the balance, we can no longer be satisfied with incremental progress” said Matt Vespa, staff attorney, Earthjustice. “California is still expanding the gas system more quickly than any other state in the nation, even as the UN this week highlights that that expansion is incompatible with a habitable planet. We need to strengthen this code and need a solid commitment from policymakers for pollution-free buildings in 2025, or California risks being a major barrier to national emissions reduction goals.”

Matt Gough, senior campaign representative, Sierra Club's My Generation campaign, added that California’s proposed building code update is a step in the right direction, but it doesn’t go far enough to cut the pollution from gas appliances that is fueling the climate crisis and that new findings from Harvard University show that air pollution from buildings in California cut short 1,500 lives and cost $17 billion dollars in 2017.

“We have the option to build pollution-free homes that are healthier and more affordable, and we should take it” said Mr Gough. “We’re disappointed it didn’t happen this code cycle. It absolutely must happen in the next.”