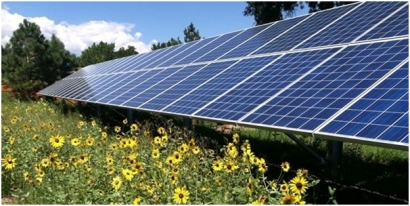 The bill is seen by many as a key piece of legislation which allows consumers the choice of how and by whom their clean energy is generated. Colorado was the first state in the nation to enact community solar legislation in 2011, and this session’s energy legislation cements Colorado’s status as a leader in clean energy, with the community solar industry paving the way.

Colorado has set its energy goals at 100% renewable energy by 2040 – and community solar broadens access to solar energy while preserving customer choice. Approximately 75 percent of Colorado homes are not suitable for rooftop solar, and that percentage shrinks when assessed for low- to moderate-income households, which makes this new legislation a real victory for underserved populations who cannot or don’t want to put solar panels on their roofs, or make an upfront investment to produce their own clean energy. Community solar provides all households with equal access to renewable energy generation.

The passage of HB-1003 was aided by SunShare CEO, David Amster-Olszewski. Amster-Olszewski played a key role in driving the success of HB-1003, the Community Solar Garden Modernization Act, which will have a direct impact on the citizens and communities of Colorado, while helping to build up the state’s solar industry for the long term.

Amster-Olszewski spearheaded the effort to pass HB-1003, but also relied on support from leaders at industry groups like the Mike Kruger, CEO of the Colorado Solar and Storage Association,  Jeff Cramer, executive director of the Coalition for Community Solar Access, and other community solar developers.

“Community solar represents the best new model for consumer participation in renewable energy sweeping the nation, originating first in Colorado a few years ago and followed by over 18 states. By engaging consumers, community solar will be an instrumental part of Colorado's clean energy goals, and re-asserts Colorado as a nationwide leader in renewable energy on its goal to reach 100% renewable by – or before – 2040,” commented Amster-Olszewski.

Energy bills to be signed May 30th: