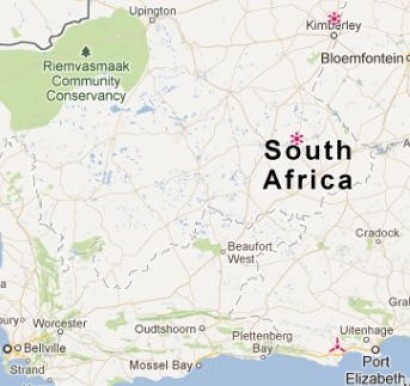 As a result, Mainstream has given the green light for its construction teams to commence to work on the projects, which are valued at €500 million. All three projects are expected to be completed and producing power by mid-2014.

“This milestone reinforces the leading position of Mainstream in the South African electricity market,” said Eddie O’Connor Mainstream’s Chief Executive. “We have recently raised money on the world markets which we are delighted to commit to developments in South Africa and we look forward to having the 238MW of wind and solar plant operational in mid 2014.”

He continued: “The South African government has shown tremendous vision and foresight in creating this new and sustainable industry for South Africa, firmly placing it on the world map for renewable energy generation. Mainstream is fully committed to playing a leading role in the delivery of this vision, to bringing significant socio-economic benefits to the areas in which we’re building the projects as well as clean, free-fuel energy to South Africa.”

Mainstream has spent the past four years developing the projects and was responsible for gaining all consents, grid connections, project finance, construction contracts, and equipment procurement.

It will also manage the full construction programme under the supervision of a joint steering committee with Globeleq.

In November 2011 the company put together and was the lead member in a consortium which bid for licences to build the three projects under the South African Government’s first Renewable Energy Independent Power Producer Programme (REIPPP).

In December 2011 the Government announced the consortium had been successful in winning all three contracts in the competitive bidding process.

The projects, which are among the very first to be built in the country have been co-developed with Mainstream’s local partner, renewable energy developer Genesis Eco-Energy, which has been active in South Africa since 2001.

The projects are expected to produce 635 GWh of electricity, enough to supply up to 48,000 households and displace approximately 628,000 tons of carbon emissions per year.