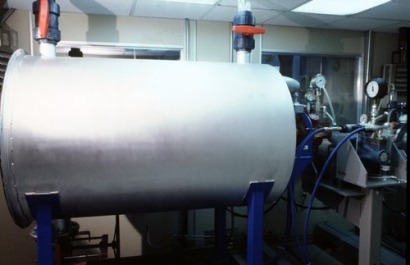 In its second annual report on the government’s Anaerobic Digestion Strategy and Action Plan (2011), the Department for Environment, Food and Rural Affairs (Defra) has

The Strategy and Action Plan was published in 2011 in order to deliver the government’s commitment to energy from waste through anaerobic digestion (AD). Rather than setting targets, the strategy and action plan aims to tackle barriers to increased uptake of AD in the UK.

Finance remains a significant barrier, the report finds, and although the sector continues to grow it is fragmented and immature with most AD facilities being operational for less than three years.  However, a steering group responsible for monitoring progress under the Action Plan has now announced that 32 of the actions set under the plan have been completed, with a further 15 progressing towards completion. These actions are concerned with eight major work areas which include building skills, building safe and secure markets for digestate, raising awareness of AD, building markets for biomethane and transport fuels and various other matters such as finance and regulation.

In addition, the report finds steady growth in the number of AD plants deployed throughout the UK over the past year 2012-2013, having risen to 110 from 68 since the AD baseline was established in 2011. More than 200 plants have also received planning permission and at least two of the operational plants are designed to inject into the gas grid. A web portal has been established which is designed to help developers identify and quantify potential feedstocks for AD. A set of National Occupational Standards for AD has also been published.

Other developments include the launch of the second phase of the ‘Driving Innovation in AD Programme’, the finalisation of a Quality Control on biomethane, consultation by the Department of Energy and Climate Change (DECC) on extending the Renewable Heat Incentive to include heat from biogas plants, the launch of the Rural Communities Energy Fund, support for AD by the Green Investment Bank (GIB) and the establishment of ten demonstration projects collecting food waste from businesses.