Wednesday, 27 June 2018
0
Robin Whitlock
The Environment Ministers of 14 countries have issued a call for much more action on climate change, calling upon the EU to make significant further efforts over and above the commitments already taken. 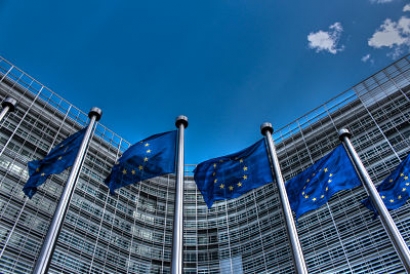 Environment Ministers of Belgium, Denmark, Estonia, Finland, France, Germany, Italy, Luxembourg, the Netherlands, Portugal, Slovenia, Spain, Sweden and the United Kingdom meeting in Luxembourg on Monday have called upon the European Commission to ensure that its new long term climate strategy contains both a pathway to reduce greenhouse gas emissions towards net zero in the EU by 2050, and a pathway to limit temperature rise to 1.5°C, which would need to be even more ambitious.

The Commission has also been urged to align the 2030 target for greenhouse gas emission reductions with these more ambitious long-term emission reduction trajectories. Some EU Member States, such as the Netherlands and Sweden, have recently called for the 2030 climate target to be raised to at least 55 percent.

In reaction to the joint statement from the ministers, Wendel Trio, Director of Climate Action Network (CAN) Europe said:

“We are happy to see that there is growing momentum among Member States for scaling up EU climate action from incremental to transformational. Consequently, they call upon the Commission to come up with clear proposals for how to massively increase emission cuts for 2030 and beyond. The increase needs to go far beyond what is currently on the table, and definitely exceed the recently raised energy targets. The higher energy targets should only serve as a springboard for the Commission to propose a much higher 2030 climate target.”

Higher 2030 renewable energy and energy efficiency targets adopted this month under the Clean Energy Package mean that the EU can surpass its 2030 climate target and cut carbon emissions by 45 instead of 40 percent, according to the European Commission. However, this still falls well short of what is needed to implement the Paris Agreement.

In April, ministers in charge of climate change of France, Germany, the Netherlands, Sweden, Finland, Portugal and Luxembourg called for more action ensuring that the EU’s climate policies are in line with the Paris Agreement. This week’s statement, which has been signed by more countries and is more ambitious in terms of demands, for example in explicitly calling for reducing emissions to net zero by 2050, shows that momentum for increased climate ambition is growing steadily.