Friday, 05 January 2018
0
REM
Barbados has received €1.12 million ($1.35 million) from the European Union towards the advancement of energy self-sufficiency from renewable resources. 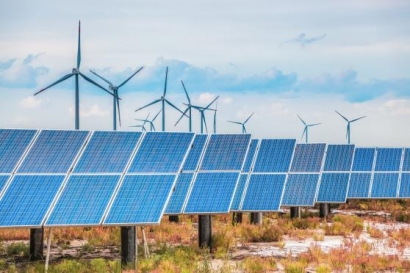 This is the first payment of a total contribution of €3 million ($3.6 million). This activity is in line with the country’s commitment to the United Nations Framework Convention on Climate Change of reducing its total and per capita greenhouse gas emissions.

A major objective of the EU’s support is the engagement of the private sector in renewable energy power generation and should result in consumers making increasing use of energy efficiency measures during the 36 month duration of the program and after.

Some of the guidelines which will be used for performance assessment of the program include the introduction of a favorable license regime for independent power producers with generation systems larger than 1 MW, by March 2019. Another requirement is that by 2019 at least 30 MW of renewable energy will be installed by public and private entities. In addition, it is expected that there will be the establishment and implementation of a renewable energy road map according to defined milestones.

EU Ambassador Daniela Tramacere, said, “This is another effort by the EU to assist Barbados in transforming its economy which is heavily dependent on fossil fuels, which result in annual drain on its foreign reserves.”

The Barbados government is also expected to adopt and implement energy sector reform measures that are expected to prepare the country for the transition towards renewable energy and energy efficiency on the basis of the national energy policy.