Tuesday, 07 May 2019
0
Robin Whitlock
In an unprecedented Climate Action Call published today, a broad coalition is urging European leaders to take decisive action to respond to the climate emergency by profoundly altering the way we run our societies and economics to limit the global average temperature to 1.5°C. 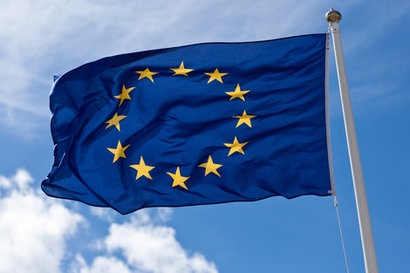 Hundreds of European cities, regions, businesses, youth and faith groups and civil society organisations working on climate, human rights, litigation, mobilisation, sports and health are demanding that current and future EU leaders respond to public mobilisation by publicly committing to make climate action a priority for Europe during both the Future of Europe and elections debates.

The Climate Action Call comes prior to both the EU Heads of State and Government debate on the Future of Europe at the Sibiu summit on 9th May, and the European elections between 23rd and 26th May. Climate change is expected to be a central issue in both events, having recently gained prominence in the form of mass citizens’ protests demanding political action.

The call spells out five steps for the new European Parliament and Commission, as well as all EU Member State governments:

Commit to accelerate actions to reduce greenhouse gas emissions by 2030 and reach net zero emissions as soon as possible.

Plan the end of the use of fossil fuels and provide strong support to energy efficiency, renewable energy and emission cuts outside the energy sector.

Safeguard a just and fair transition and ensure that the EU increases its support to developing countries to mitigate and adapt to climate change.

Increase efforts to roll out the circular economy and increase resource efficiency.

Recognise biodiversity protection and ecosystem restoration as a crucial component of climate action.

The signatories include some of Europe’s largest networks of cities and regions such as C40, Energy Cities, Climate Alliance, Fedarene and CPMR as well as most influential business groups, Climate Action Network Europe - the largest European NGO coalition on climate and energy and members of an international movement of striking school students consisting of Youth for Climate and Fridays for Future.

“We are launching a wake-up call for the climate to all current and future European politicians” said Wendel Trio, Director of Climate Action Network (CAN) Europe. “Now is the time for EU decision makers to take a stand and commit to decisive action to confront the climate emergency. Our Climate Action Call gives them guidance for how to profoundly alter the way we run our societies and economies to limit temperature rise to 1.5°C.”