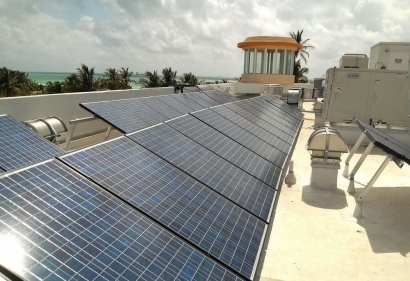 Gov. Scott's signature follows unanimous approval of SB 90 in both chambers of the Florida legislature. The legislation goes into effect July 1, 2017.

The legislation implements Amendment 4, a ballot initiative to reduce taxes on third-party and commercial and industrial (C&I) solar, which voters overwhelmingly approved August of 2016. Consequently, 80% of the assessed value of a renewable energy source device, which is considered tangible personal property and is installed on real property on or after January 1, 2018, will be exempt from ad valorem taxation.

Maria Robinson, Associate Director of Energy Policy and Analysis for Advanced Energy Economy, was quoted in a press release from the group stating, "We thank Governor Scott for signing this bill to carry out the desire of Florida voters to see more renewable energy in the Sunshine State. By signing the bill to implement Amendment 4, the Governor has removed a critical barrier to growth, allowing for more residential and commercial customers to choose advanced energy options like solar power, and spurring growth of advanced energy companies and jobs in Florida."

It is anticipated the law will make it possible for the third-party solar model to come to Florida, and solar advocates say this will allow the nation’s third-largest state to become one of its largest solar markets.