Ireland likely to suffer a shortfall in renewable energy resources

Thursday, 18 April 2019
0
Robin Whitlock
The Irish Government recently announced that Ireland’s ambitions for tackling climate change would no longer lag behind the rest of Europe, but research from Cornwall Insight Ireland shows that there is a likely to be a shortfall of the renewable assets required to meet the new target of 70 percent renewable generation. 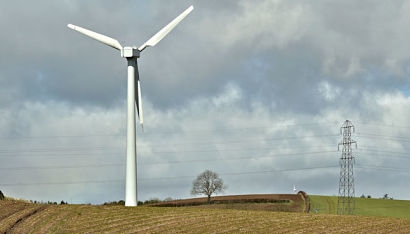 The Irish Government has committed to 70 percent of all electricity generated coming from renewable sources by 2030. However, the looming shortfall is predicted to stand at more than 20TWh, only part of which will be met by the Renewable Electricity Support Scheme (RESS).

“This target is undoubtedly an honourable ambition that will be welcomed by many who previously thought Ireland’s climate change goals were lacklustre relative to international peers” said James Goldsmith, Senior Consultant at Cornwall Insight Ireland. “However, Cornwall Insight Ireland’s predictions show that there is, without any further action, likely to be a shortfall against the new ambition. According to EirGrid’s latest Capacity Generation statement, Ireland currently has the capacity to produce between 8TWh and 9TWh from renewable sources annually – making up 30 percent (29TWh) of Ireland’s demand. EirGrid has also anticipated growth in demand of up to 40TWh by the end of the next decade. This leaves Ireland with a deficit of more than 20TWh that will need to be found to meet the 70 percent target”.

Mr Goldsmith added that the high-level design for the RESS gave the trajectory of the size of auctions in the years up to 2027, indicating that they will support an additional 12.5TWh of renewable generation. Even with these projections, there will still be a significant shortfall of 8TWh. This creates an opportunity in the burgeoning corporate Purchase Power Agreements (CPPAs) sector, but it may be hard for CPPAs to bridge the gap on their own.

Regardless of how much will need to be bridged, one thing is for certain: Ireland will be building a lot of renewable energy in the next decade if it wants to achieve 70 percent by 2030. A powerful signal for developers and investors alike.