Judith Garber to Head US Delegation at COP24

Friday, 30 November 2018
0
Dan McCue
COP24, the 24th Session of the Conference of the Parties to the United Nations Framework Convention on Climate Change, will take place on December 3-14, in Katowice, Poland. The event will be attended by nearly 30,000 delegates from all over the world, including heads of governments and ministers responsible for environment and climate issues. 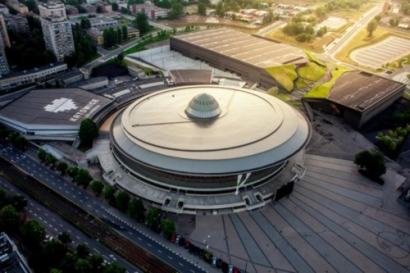 ‘’It is with a great satisfaction that all partners involved in the organization of the COP24 conference have met the challenges. City of Katowice is ready to welcome thousands of guests from all over the world and provide them with comfort and safety," emphasized the Minister’s Plenipotentiary for the Organization of COP24, Rafał Bochenek.

‘’Poland is the host of the COP conference for the third time. It is always a great honor, but also a challenge. The efficient organization and service is not only a matter of prestige for Poland – we hope that decisions made in Katowice will allow the political declarations of the Paris conference to be implemented,” added Boshenek.

The Paris Agreement is the first international agreement in history which compels all countries in the world to take action on climate protection. The implementation package will allow for the implementation of the Agreement in practice. It will thus set global climate and energy policy for the coming years.

During the Conference, the U.S. delegation will share successful strategies in growing the economy and providing secure and affordable energy to Americans while reducing emissions. According to the administration, U.S. energy-related CO2 emissions have fallen by 14 percent since 2005, even as the U.S. economy has grown by 19.4 percent. This has been possible because of entrepreneurship that has led to the development and commercialization of innovative technologies across the entire U.S. energy portfolio.