Friday, 08 April 2022
0
Robin Whitlock
Majorities of both Republicans and Democrats in Maryland’s 8th Congressional District agree on federal proposals encouraging a transition to clean energy, according to a survey conducted by the Program for Public Consultation (PPC) at the University of Maryland’s School of Public Policy. 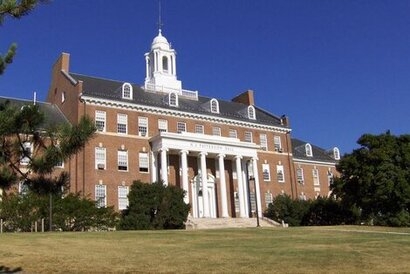 The Federal proposals consist of provision of tax incentives for clean energy and energy-saving alternatives; electric companies required to have a minimum portion of their electricity from renewable sources; and implementation of a carbon fee and rebate plan.

The survey results were released and discussed at a new kind of town hall called a Citizen Panel Forum that included Congressman Jamie Raskin and constituents who took the online survey. Designed to give the public a more effective voice in the policymaking process, Thursday’s Citizen Panel Forum was convened by three nonpartisan organisations: Civic Genius, Voice of the People, and the University of Maryland’s Program for Public Consultation. It is the second Citizen Panel Forum held with Congressman Raskin and residents of the 8th district.

“It is very important to me to be apprised of the findings here” said Congressman Jamie Raskin. “When we did it last time on democracy and electoral reform issues, it was extremely valuable to me to have data informing what my intuitions are. I spend all my time talking to people in the community, but that does not necessarily mean it is systematic or scientific. This process deepens my understanding of where my constituents are.”

The survey, conducted with a representative sample of the district’s residents, found that bipartisan majorities in the district favour a number of proposals under consideration in Congress that:

Charge a fee per ton of carbon dioxide emissions on companies that produce coal, oil or natural gas (also known as a carbon tax), and distribute all the revenue to citizens as a monthly rebate check  (MD-8 overall 73 percent, Republicans 55 percent, Democrats 81 percent)

Provide extra support to coal workers who are losing their jobs due to the transition to clean energy (MD-8 overall 84 percent, Republicans 75 percent, Democrats 89 percent)

“Clearly, there is far more bipartisan common ground among the citizens of Maryland 8th district than in Congress on how to both address environmental concerns and produce energy” added Steven Kull, Director of PPC.

Large majorities of MD-8 residents support proposals that encourage people and companies to adopt clean energy or energy-saving technologies. For example, 85 percent (Republicans 74 percent, Democrats 94 percent) favour providing a tax credit for up to 50 percent of the cost of installing an electric vehicle charging station that can be used by anyone. Large majorities also support tax incentives for energy-saving improvements to residential buildings, such as offering a tax credit of up to $1,500 for installing a new energy-efficient heating or air conditioning system (MD-8 overall 80 percent, Republicans 75 percent, Democrats 83 percent).

The 518 residents surveyed went through an online policymaking simulation designed to put citizens in the shoes of a policymaker. Respondents are provided a briefing, presented with pro and con arguments, and then asked to weigh in with their specific recommendations. The content was reviewed in advance by experts on all sides of the issue to assure accuracy and balance.

The views expressed in Maryland’s 8th District are similar to those in nationwide surveys with samples of more than 2,000 voters provided by Nielsen Scarborough.