NREL Transforming Energy Around the World

Thursday, 09 July 2020
0
REM
As the worldwide economy responds to the devastating effects of recent events, with support from the U.S. Department of Energy (DOE) and collaborators and partners around the globe, the National Renewable Energy Laboratory (NREL) continues to deliver groundbreaking research and act as an economic stabilizer, particularly in the Colorado county it calls home. 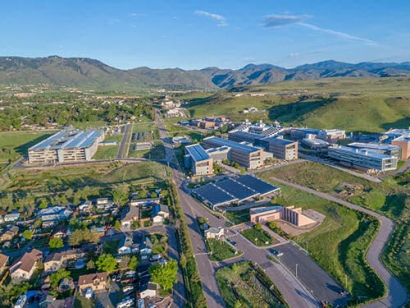 Located in Jefferson County, which is part of metropolitan Denver, the U.S. Department of Energy’s NREL has seen its economic impact on the county climb by more than 218% during the seven-year span from fiscal year 2012 to fiscal 2019. The calculation, based on an analysis by the Leeds School of Business at the University of Colorado, Boulder, shows the persistent impression NREL has on the area’s economy.

The future energy grid will likely be more complex than today’s technology can support, so NREL is pursuing a wide range of solutions through basic science and engineering that promise to transform energy systems, reduce waste, and lower electricity costs as industry finds ways to bring new NREL technologies to market.

“As global energy use continues to increase, we must ensure our energy sources are safe, secure, and reliable. This is the important work that more than 2,200 dedicated NREL researchers, scientists and professionals strive to move forward each day,” said Dr. Martin Keller, NREL director. “Our work would not be possible without the support of DOE and the many other global, national, and local partners and stakeholders who are also vested in solving worldwide energy challenges.”

The newly released analysis is the fifth the University’s Business Research Division within Leeds has conducted to determine the economic impact of NREL. The most recent previous study was conducted two years ago.

The new report, covering fiscal 2019, pegged the economic impact of NREL at $1.4 billion across the country—up from $1.1 billion in fiscal 2017. NREL’s economic impact in Colorado rose to $875 million from $748 million during that same period.

A significant element of NREL’s impact is tied to jobs, and 55% of the laboratory’s 2,265 employees live in Jefferson County. Considering the number of full-time, part-time, and student researchers who call the county home, the university calculated NREL has a local economic impact of $617 million. Two years earlier, that figure was an estimated at $413 million.

NREL ranks among the five largest employers in Jefferson County.

“We take great pride in the fact that NREL calls Jefferson County home,” said Jansen Tidmore, president and CEO of Jefferson County Economic Development Corporation. “From the high-quality talent NREL attracts to the innovative energy solutions they produce, you not only see the positive physical impact they have on our community, but you feel it. In these unique times, the work being done by NREL continues to be elevated, as we have experienced the everyday need of reliable 24/7 energy expand from our workplaces to our homes and neighborhoods.”

Research conducted at NREL reduces investment risk in new technologies while creating new business opportunities throughout the economy. The dollar figures represent only a fraction of the impacts from NREL, which range from university-laboratory-business collaborations to spinoff technologies that are commercialized.

NREL counted 871 active partnership agreements and 587 partners in fiscal 2019. Approximately 63% of employees were involved in core research and development.

NREL’s direct expenses for fiscal 2019 totaled $491.8 million, of which 87% came from funding from the Department of Energy. The vast majority of funds are spent in Colorado, further boosting the laboratory’s economic importance to the state.