Thursday, 09 May 2013
0
Robin Whitlock
Proposed plant would be capable of generating up to 26MW of electricity – enough for 63,000 homes 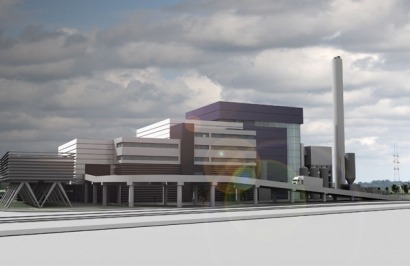 Peel Environmental has submitted plans for a co-located energy centre to serve a colliery at Kellingley near Beal in North Yorkshire. The new Southmoor Energy Centre would generate 26MW of electricity and also heat to provide a low-cost supply to the colliery and surrounding businesses. The project would reduce operating costs at the colliery and new and replacement infrastructure would also result in improvements in energy efficiency and the colliery’s environmental footprint.

“We’re pleased to have submitted the application for Southmoor Energy Centre, which marks our first for this year” said Myles Kitcher, Director at Peel Environmental. “Following closely behind our recent success with our plans for the former North Selby Mine site in York, we’re hopeful that North Yorkshire County Council Planning Committee members will also recognise the benefits of this scheme.”

The scheme, providing if it is approved, will deliver a number of benefits including the operation of an efficient Combined Heat and Power (CHP) system that will use up to 280,000 tons of non-hazardous waste per year as a fuel to generate energy. The waste will be obtained from industrial, commercial and possibly household sources across the region thereby diverting it from landfill and generating renewable energy. The scheme is entirely private funded and will make use of existing industrial land benefitting from excellent transport links and proximity to existing electricity grid infrastructure. It is expected that up to 38 full time jobs will be created as a result with further positions during the construction phase. The company is also intending to bring forward other waste infrastructure developments later in the year.