Tuesday, 19 March 2013
0
Robin Whitlock
The findings confirm that the government’s Energy Bill remains a cause for concern 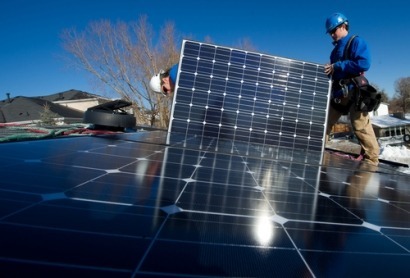 The Renewable Energy Association (REA) has conducted the first ever confidence survey aimed at improving understanding of the current state of the renewable energy sector in the UK at a time of major policy upheaval and when other analysis shows a decline in investment in the country’s renewables project pipeline.

One particular area of concern is the new Contracts for Difference (CFD) mechanism under the Energy Bill with 51 percent of renewables executives believing that CFD will not be effective in bringing forward new renewable power capacity. 69 percent also believe that the lack of an emissions target sends a very poor signal to potential investors. Only 4 percent believe that the country is on track to meet renewable energy targets in 2020.

“We will repeat this survey every six months in order to build up a comprehensive picture showing trends in confidence levels” said REA Chief Executive Gaynor Hartnell.  “Billions of pounds of investment needs to flow into renewables infrastructure. Our aim is to provide Government and stakeholders with a tool to gauge how policies are being received. The UK has to achieve a higher growth rate than any other Member State in order to reach its 2020 renewables target. Mixed messages remain a problem and industry needs policy certainty and political consistency. The prize is up to 400,000 jobs by 2020, economic growth and greatly improved energy security.”

The survey combines short term business outlook with confidence in meeting the 2020 target together with confidence in the regulatory framework to produce an overall ‘Renewables Industry Confidence Index’. On this scale, 100 percent would represent absolute certainty and a flourishing industry and 75 percent a healthy and confident industry likely to meet 2020 targets. Britain currently has one of the lowest renewable energy targets in Europe, standing at 15 percent total energy. However, it is also one of the most challenging given the country’s low starting point.

As well as the concern surrounding Contracts for Difference there is also dissatisfaction with the functioning of the Renewable Heat Incentive (RHI). The survey makes key recommendations for improving investment going forward which includes sending a key signal to investors, ensuring CFD proposals in the Energy Bill work for independent generators, setting a Renewable Transport Fuels Obligation (RTFO) trajectory to 2020 and introducing new RHI tariffs on time.

As an indication of the confidence levels within the sector at present, one respondent commented that “too many signals have been given recently causing doubt as to whether the Coalition has a unified position on promoting a balanced mix in the future UK energy supply, including renewable technologies.” The same respondent added: “There is also doubt that the Government is convinced that renewables have a long term role to play, and a widespread belief that HM Treasury has the upper hand in determining the ultimate rate of market adoption of renewables.”

Another respondent, an anonymous financier, said that although there is no shortage of capital for energy projects, many other countries are perceived as being more predictable and trustworthy than the UK. David Williams, Chief Executive at Eco2, said that this level of uncertainty goes much further back than merely the past six months and that investor confidence has deteriorated with the many legislative changes seen in the UK over the last two years. Meanwhile Tim Jackson, Geothermal Development Manager at Sinclair Knight Merz, said that the UK is falling behind other countries in Europe and Africa in terms of its attractiveness for investment in new renewable energy technology.

There is more confidence in the small-scale Feed-in Tariff than the Renewables Obligation (RO) or the RHI with 65 percent of respondents in renewable heat and electricity having poor or very poor confidence in their sector’s regulatory framework.  Sam Tilley, Managing Director at Infinite Energy, said that the continued failure to set the RHI for domestic renewables is causing uncertainty in the market but that meanwhile the commercial solar PV market is very stable and driving business. An anonymous respondent from the biomass sector complained however that the sector seems to be under continual attack from government officials and that the proposed cap under the RO to 2017 has stopped at least two biomass projects he was personally involved with, both of which had received planning consent.