Thursday, 01 October 2015
0
Robin Whitlock
The latest report from the World Energy Council says new thinking is required for the management and financing of energy infrastructures in order to meet increased extreme weather risks. 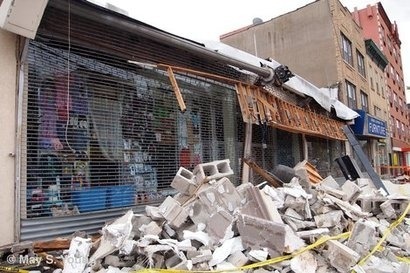 The report, entitled “The Road to Resilience – Managing and Financing Extreme Weather Risks”, highlights the need for a move from ‘Fail-Safe’ systems that only look at single assets to ‘Safe-Fail’ systems which take a systemic overview of the energy value chain and a more strategic approach to identifying vulnerabilities.

It recommends a series of measures including clear metrics that deliver robust systems which can recover in the event of a weather catastrophe, a move to ‘Safe-Fail’ systems including soft resilience solutions and new financial instruments such as weather derivatives that complement traditional re-insurance solutions. It also identifies renewable energy technologies – particularly solar and wind – as playing an important part in overall mitigation. However, it warns that introduction of these technologies will require overcoming financing challenges, further technological developments to improve resilience and improvements both in energy storage and large-scale integration into existing energy infrastructure.

“We are on a path where today’s unlikely events will be tomorrow’s reality” said Christoph Frei, Secretary General of the World Energy Council. “We need to be smarter and imagine the unlikely. Traditional ‘Fail–Safe’ systems, based on predicted events, no longer operate in isolation. New ‘Safe-Fail’ systems, which recognise that unexpected weather events are occurring and that systems which go down need smarter, not stronger, solutions. This new approach is essential if we are to cope with new weather patterns and phenomena such as the more powerful El Niño currently experienced in many parts of the world.”

Frei added that the report highlights current estimates for the cost of energy system adaptation which do not fully account for the additional financing required to accommodate new emerging risks. The world needs to ensure that resilience can turn these risks into rewards.

The number of global extreme weather events have increased over the past three decades as average global temperatures have risen over land and ocean surfaces, reaching the highest on record for the period January to June 2015. In 2014, the global insured losses from natural catastrophes and man-made disasters reached $53 billion, with uninsured losses in excess of $130 billion.

When Hurricane Sandy hit Manhattan, the lights stayed out for more than three days. In early 2015, Chile experienced the equivalent of 7 years of rain in 12 hours, leaving thousands without electricity. The cost of recovery from the 2013 typhoon in the Philippines has been estimated at more than double the country’s GDP.

The financial impact of such events is rising, driven by a mix of factors that include economic development, population growth and a higher concentration of people and assets in exposed areas.

The report is the first in a series of reports which address the need for more investment and system change to combat the new emerging risks. These will be delivered ahead of the World Energy Congress to be held in Istanbul, Turkey in October 2016.