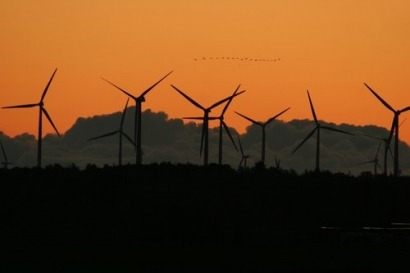 Investment in most other European markets is wavering but delays in delivering a stable renewable energy framework within the UK are weakening the country’s promising clean energy prospects and holding back investment according to Ernst & Young.

“We are at a stage where the UK is presented with a unique opportunity to become a safe harbour for renewable energy investment in Europe” said Ben Warren, Ernst & Young’s Environmental Finance Leader.  “The foundations are there, reflected by the UK’s consistent performance in our index and its current 5th place ranking, as well as its huge offshore wind potential. However, competing visions and strategies within the Government about the country’s future energy mix, pose serious questions amongst investors about whether we can compete for capital on a global level.”

Mr Warren went on to comment that although the UK is starting to see nods towards a more stable investment environment through initiatives such as the Green Investment Bank (GIB), which is attracting significant foreign investment, more needs to be done to realise the UK’s full potential in the sector.

“There has never been a better time to turn the UK into the go-to market for investment in renewable energy in Europe” Mr Warren said.

The company’s latest Renewable Energy Country Attractiveness Index (RECAI) includes a revised methodology to reflect shifts in investment and deployment drivers and the maturing of the sector. The key changes include an increased focus on the role renewable energy plays in each country’s energy mix, energy supply and demand and the cost competitiveness of clean energy. The report also examines the importance of decarbonisation and the economic and political stability of each particular market. Market fundamentals such as energy demand growth and security of energy supply are some of the most prominent drivers of renewable energy growth today according to Warren.

The RECAI sees the US regaining the top slot with China in second place. South America’s growing energy demand is helping to make its clean energy sector more prominent with 300MW to 400MW of concentrated solar power (CSP) plants in Chile’s project pipeline and a strong investment climate in Peru, the latter country having entered the index for the first time. New policy measures and tender cancellations in Brazil are, however, likely to temper the regions rapid growth rate.

Asia Pacific continues to have a strong presence at the top of the index thanks to high levels of project activity and investment interest in Japan and Australia. Thailand is another country that has entered the index for the first time and it can boast a strong solar resource and a healthy project pipeline in addition to a stable fiscal and regulatory environment.

Romania has become the latest European country to slash its clean energy subsidies and in the Middle East and North African (MENA) region several countries, including Egypt, Tunisia and the UAE, have fallen out of the top 40 due to a slow recovery from the Arab Spring alongside an absence of clear policy frameworks and delays to capacity deployment.

“Further consolidation can be expected in the supply chain” added Warren. “Depressed pricing, reduced fiscal support for renewables and continued overcapacity are all going to contribute to additional casualties in the year ahead. However, with the shift in power democratising the energy sector and increasing the power of the consumer, the future role of renewables in the energy mix is bright.”

Tags: Renewable energy ,Europe ,Solar ,Africa ,Australia ,China ,CSP ,Japan ,Offshore ,Wave ,Wind ,Carbón
Add a comment
leryd leryd
This has most likely helped me a considerable measure in finishing my venture. Much thanks to you ! BikiniBodyWorkouts.pen.io
electric/hybrid