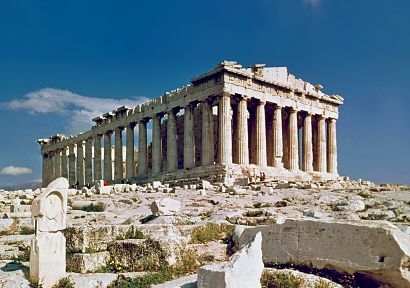 The Parthenon in Athens, courtesy of Steve Swayne

Bulgaria, Croatia, Greece and Romania are failing to take an ambitious and integrated approach to energy and climate policy in their draft National Energy and Climate Plans (NECPs) according to new analysis by Agora Energiewende and its Southeast European partners of the NECP drafts currently being prepared by the member states.

The analysis compares the envisaged targets for renewables deployment, energy efficiency and greenhouse gas emission reductions in the different sectors. It specifically looks into trends of coal and nuclear power, reliance on natural gas and biomass and assumptions on final energy consumption in buildings and transport. The analysis provides specific recommendations to national governments as well as the European Commission for improving the respective NECPs.

New EU law obliges all Member States to develop integrated NECPs that set out the specific measures and policies planned for achieving the national and European 2030 climate and energy targets. At the moment, the EU is in the process of planning its long-term energy and climate targets. The goal is to achieve near-zero emissions by 2050 through strong increases in renewables, improved energy efficiency and the phase-out of fossil fuels.

The EU is currently paving the way to achieve net-zero greenhouse gas emissions by 2050. Important instruments to achieve this are strong increases in the deployment of renewable energies, improved energy efficiency and the phase-out of fossil fuels. On the policy and planning level in the EU, the first step towards a climate neutral economy involves the creation of National Energy and Climate Plans (NECPs), which cover the period from 2021 to 2030. By the end of 2019, each EU member state must submit a final version of their respective NECP to the European Commission.

The Agora Energiewende analysis assesses the ambitiousness and credibility of the NECPs of four South East European EU member states (Bulgaria, Croatia, Greece and Romania). The main conclusion is that so far, these four countries essentially fail to take an ambitious and integrated approach to energy and climate planning. Their NECPs show insufficient ambition regarding renewable energy development and advancing energy efficiency. The measures set forth for achieving the declared targets also appear to be inadequate.

All four countries do not project significant reductions in the use of coal for power generation during the 2020–2030 period and apply inconsistent approaches to carbon pricing. This casts doubt on the validity of their estimates regarding the deteriorating economics of fossil generation capacity. It also shows that the countries missed the chance so far to consult the neighbouring countries when preparing the NECPs, which would, inter alia, allow to spot inconsistencies and most importantly would facilitated an energy transition at least cost and maximum security of supply.

The analysis finally compares the procedures used by the governments to prepare their NECP drafts, and provides a number of recommendations for the countries as well as the European Commission for the finalization of the NECPs by the end of 2019.