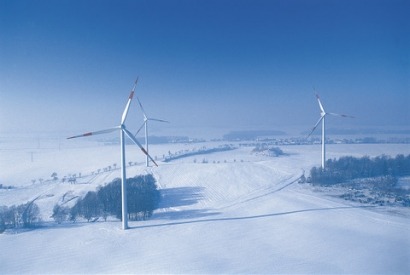 The first entitled the “Global Consumer Wind Study 2011” was authored by TNS Gallup Findings and is described by Vestas as “the largest survey of its kind”. 31,000 consumers in 26 countries around the world were asked about their demand for brands made with renewable energy, as well as how energy decisions by some of the world’s largest companies affect their choices. The results suggest consumers are very much ready to embrace more clean energy with 90 percent worldwide wanting more renewable energy. 65 percent prefer to purchase brands produced using wind energy, while 53 percent in China and 7 percent in US view climate change as the greatest challenge.

“The Global Consumer Wind Study provides insight into the role of renewable energy, in particular wind, in relation to the products and services consumers buy. This in turn should drive the adoption of renewable energy sources by the corporations that sell these products and services,” says Ditlev Engel, President and CEO of Vestas. “Consumers around the world see climate change as the greatest single challenge, and 90 percent of consumers want more renewable energy. This shows a real global desire to reduce carbon emissions. It gives corporate decision makers something to think about and act upon.”

The annual study conducted by TNS Gallup provides insights that enable corporations to understand consumer perceptions about climate change, renewable energy, and how these relate to global brands, and is especially interesting when viewed alongside the second Vestas-commissioned study released today: the Corporate Renewable Energy Index.

“The Global Consumer Wind Study and the Corporate Renewable Energy Index study complement each other. The first one from a consumer demand perspective, the latter details corporate energy usage, which will allow consumers and corporations to make informed decisions,” says Morten Albaek, Senior Vice President for Group Marketing & Customer Insight at Vestas. “Because transparency in renewable energy will not only be good for society and future generations: it will also be good for business.”

Again described as “the largest study of its kind”, the Corporate Renewable Energy Index provides first-time transparency in global corporate energy use, including renewable energy. The study is based on data from the CREX, a survey commissioned by Vestas and conducted by Bloomberg New Energy Finance of the world’s 1,000 largest listed companies by market capitalisation, with currently 176 respondents. The CREX is available on the Bloomberg Terminal (type CREX ).