Taiwan can replace nuclear energy with solar and wind by 2025, but country still heavily reliant on thermal power 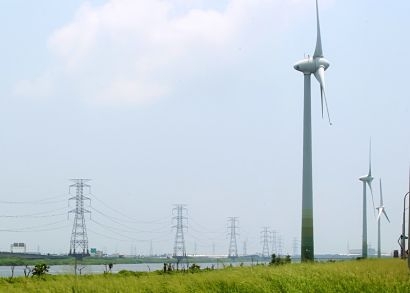 If this trend continues, the country is set to meet the government’s target of zero capacity by 2025. Taiwan intends to fill the gap created by the retirement of its nuclear power plants with renewable power capacity, which is targeted at 27 GW of installed capacity by 2025.

“Renewable power capacity in Taiwan is estimated to increase to 40.6 GW in 2030 from 7.4 GW in 2020, at a CAGR of 18.6 percent, a significant jump for a country that relies mostly on coal for electricity generation” said Rohit Ravetkar, Power Analyst at GlobalData. “The government has been actively encouraging the use of renewable sources for energy generation to reduce dependence on fossil fuels. Solar PV and offshore wind will be the most installed renewable technologies in the country by the forecast date. Onshore wind capacity will grow but will be limited by the availability of land area. This has prompted the government to announce the start of the development of offshore wind power. Since Taiwan is an island nation, it has substantial potential to harness power from offshore wind plants. Moreover, with the government focusing on rooftop PV installations to meet its 2025 target of 20 GW of solar PV capacity, the renewable energy market will witness strong growth in coming years.”

“Taiwan has been one of the highest coal and gas importers in the world, and such high level of import reliance is a challenge for the country’s energy security” said Mr Ravetkar. “The solution is to engage more in storage systems. The power generation from coal power plants is speculated to decline in the coming years due to the government’s plan of gradual phase out of coal power plants.”