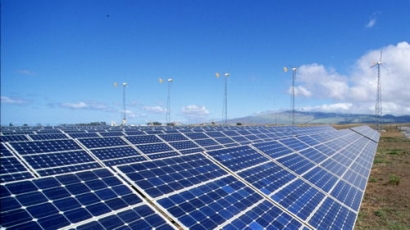 Documents obtained by the newspaper show the White House will ask Congress to approve  a 72 percent cut in renewable energy and energy efficiency programs overseen by the Energy Department.

The Washington Post suggests Congress will probably restore at least some of the programs the president wants cut in the budget proposal for 2019, but notes the documents represent a “starting point for negotiations” representing a statement of intent.

The news clearly reveals Trump’s continued focus on fossil fuels, described by Trump in his own words “beautiful clean coal”, despite the fact that no such thing exists anywhere on, or in, the planet. Even top coal industry CEOs have admitted there is no such thing.

According to the Post, the Energy Department had asked for moderate cuts, but this request was rejected by the Office of Management and Budget, which asked for deeper cuts. Furthermore, these cuts would be even deeper than those originally intended by the administration, because the cuts for the current year were blocked by a budget impasse in Congress.

The only good news about this is that, according to Senator Lamar Alexander, R-Tenn., “the President suggests a budget, but under the Constitution, Congress passes appropriations bills”. This means, according to the Post, that “it is far from clear that the cuts would become a reality”. In essence, the President’s budget request is only the ‘opening shot’ in a long process in which Congress then discusses funding requirements.