Monday, 15 October 2018
0
Robin Whitlock
The UK Energy and Clean Growth Minister Claire Perry has written to Lord Deben, chair of the Climate Change Committee (CCC) requesting advice on whether the UK needs to increase its current measures on cutting carbon and what target date should be set for achieving net zero emissions in the country - but it is excluding budgets already set in legislation, meaning that no additional action will be taken before 2032! 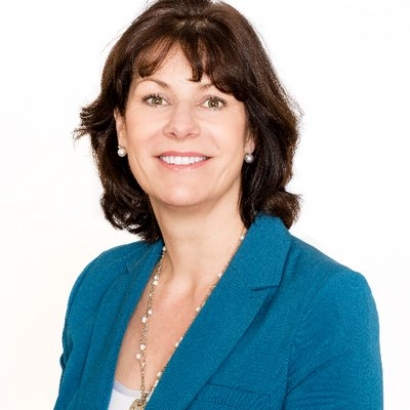 The letter follows last week’s report by the Intergovernmental Panel on Climate Change (IPCC) on the impacts of global warming at a level of 1.5 degrees above pre-industrial levels. It formally requests, in line with the Climate Change Act 2008, an update to the advice provided by the CCC to the government in October 2016 as part of the committee’s report on UK climate action following the Paris Agreement. Advice provided by the CCC will then inform consideration of the UK’s long-term targets.

The advice should include “options for the date by which the UK should achieve a) a net zero greenhouse gas target and/or b) a net zero carbon target in order to contribute to the global ambitions set out in the Paris Agreement, including whether now is the right time for the UK to set such a target”. It should also provide options for:

The range which UK greenhouse gas emissions reductions would need to be within, against 1990 levels, by 2050 as an appropriate contribution to the global goal of limiting global warming to well below 2°C above pre-industrial levels.

The range which UK greenhouse gas emissions reductions would been to be within, against 1990 levels, by 2050 as an appropriate contribution towards global efforts to limit the increase to .5°C above pre-industrial levels.

Claire Perry’s letter also requests evidence on how reductions in line with CCC recommendations might be delivered in key sectors of the economy and the expected costs and benefits across a range of scenarios in comparison to the costs and benefits of meeting the current target. The assessment of costs should also consider how innovation and global deployment of technologies could impact those costs, either positively or negatively, for the UK. The CCC’s assessment of benefits should also consider avoided costs.

The letter additionally requests updated advice on the long-term emissions targets for Scotland and Wales, with regard to the devolved statutory frameworks on climate change.

The government is seeking this advice by the end of March 2019 - but there is a big catch which is easily missed if the letter is read quickly. The request does not include or cover budgets "already set in legislation (Carbon Budgets 3-5 covering 2018-2032)" - which effectively means that the government is not planning to take any additional action before 2032 - that is AFTER the 12 period within which the IPCC report says the world needs to take action.

This was pointed out this morning on Twitter by Rebecca Long-Bailey, the Shadow Secretary of State for Business Energy & Industrial Strategy:

In essence, this falls into the pattern of behaviour some have observed thus far from the current UK government - it likes to make promising noises on countering climate change, but when it actually comes to taking action, it often falls far short of what it seems to promise, as Caroline Lucas from the Green Party pointed out this afternoon: