Friday, 04 October 2019
0
Robin Whitlock
The Ministry of Housing, Communities & Local Government has unveiled a plan for a new green standard for new build homes will bring an environmental revolution to home building, helping to cut carbon emissions for generations to come and incorporating an ambitious revamp of planning rules. 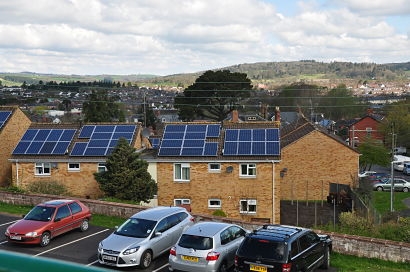 The plan has been launched by the Housing Secretary, Rt Hon Robert Jenrick MP. Known as the Future Homes Standard, it will see polluting fossil fuel heating systems such as gas boilers banned from new homes by 2025 and replaced with the latest generation of clean technology – such as air source heat pumps and cutting-edge solar panels.

Ministers will also consult on a new blueprint to overhaul the planning system in order to create a simpler, fairer planning system that works for everyone – from home owners to small and medium businesses, local communities to housing developers. The government has also announced plans for a new national design code that will ensure developers build beautiful, well designed homes that people are proud to live in.

In the coming months, every single local authority across the country will be expected to produce their own design guide which reflects their unique setting, character and history, while meeting the expected national standard.

“Building new homes isn’t just about bricks and mortar, I want to ensure everyone – including developers – do their bit to protect the environment and give the next generation beautiful, environmentally friendly homes that local communities can support” said Housing Secretary Rt Hon Robert Jenrick MP. “That’s why I am requiring carbon emissions are cut by up to 80 percent from 2025 for all new homes and have published a National Design Guide, setting out simply what we expect from new development. We are also reforming the planning system making it faster and more efficient for everyone, from households to large developers, alongside giving families greater freedom to extend their homes to meet their changing needs”.

The government has launched a consultation on stronger building regulations that will pave the way for the Future Homes Standard. The 2020 changes aim to improve the environment by cutting carbon emissions in new homes by almost a third, while keeping bills low. Using new technologies such as air source heat pumps and the latest generation of solar panels, developers will need to ensure they are doing their bit to tackle the threat of climate change.

Views are being sought on how changes to building regulations can drive down the carbon footprint of homes built after 2025 – including changes to the ventilation and efficiency requirements as well as the role of councils in getting the best energy standards from developers. The consultation will run until January 2020. Homeowners could potentially save on their energy bills as developments in the fabric of buildings, such as wall insulation and heating, help drive down the cost of keeping homes warm.

The government has also confirmed proposals to speed up the planning system, including the potential for more fees to be refunded if councils take too long to decide on specific planning applications.

The move will benefit all planning applicants, from housing developers to individual householders seeking to extend or modify their own home, as it ensures councils work at pace to decide proposals.

Local residents will no longer have to contend with a complicated and outdated planning system, but a more user-friendly approach designed to simply the process. Small developers will similarly benefit from the simplification of guidance, with the introduction of a new tiered planning system.

The accelerated planning green paper will be published in November 2019. Government has also set out its ambition to reduce planning conditions by a third, and will take forward proposals to allow homes to be built above existing properties as well as seeking views on demolishing old commercial buildings for new housing, revitalising high streets in the process.

The first-ever government-backed National Model Design Code will be published in the New Year, and will set out a clear model for promoting a better design and style of homes across the country, shaped by what local people want. However, the government has been clear that new builds must fit into existing communities, which means they are more likely to be welcomed by residents and provide places people will love to call home. A new National Design Guide has also been published this week, setting out a blueprint for how local authorities can achieve quality and great design, and recommends what developers need to deliver to help win the support of communities – ensuring new homes are built quicker and better.

The document also asks councils to prepare and implement their own design codes, in line with the national standard, which can reflect their unique setting and character. 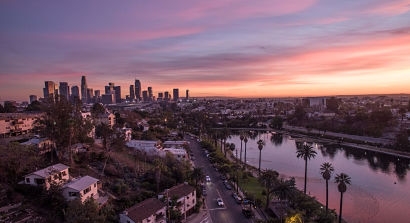