Friday, 19 October 2012
0
REM
The United States surpassed Canada as the largest wood pellet exporter in the world in the first half of 2012, according to the North American Wood Fiber Review. 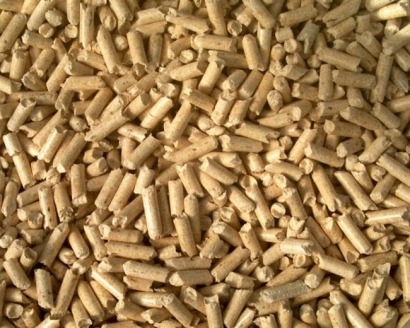 The study credits the Southeastern US for the market gain -- good news for the region's lumber industry which saw a marked decline in demand for its traditional product -- Southern Pine -- as a result of the housing crisis.

Pellet exports from the two primary pellet-producing regions on the North American continent, the U.S. South and British Columbia (Canada), have continued to grow, reaching a new record high of 760,000 tons in the 2Q/12.

Total Canadian exports to Europe in the 2Q rose 14 percent from the 1Q/12, with reports of BC pellet plants running at full capacity thanks to European demand. Pellet plants in Eastern Canada also continued small but frequent shipments over the Atlantic.

In the Southeast US, pellet export volumes rose 13 percent in the 2Q/12 from the previous quarter, in spite of some temporary slowdowns at Green Circle Bio Energy in Florida and Georgia Biomass, Georgia due to fires at a US port and at a pellet consumer in the United Kingdom.

Shipments from Enviva’s new port facility in Virginia, additional volume from Fram Renewables, and new volumes from Low Country Biomass in South Carolina have all contributed to the growth in exports over the past 15 months.

Three companies announced plans for constructing pellet plants in the state of Georgia in the 3Q/12. With six other pellet export plants already under construction and scheduled to begin operating in regions as widespread as Virginia to Texas, it is possible an additional 4.2 million tons of wood pellets will be crossing to Europe in 2015.

This can be compared to an estimated 1.5 million tons likely to be exported from this region in 2012, the review said.

Exports from both Eastern and Western Canada are also on schedule to grow, though not at the explosive rate being witnessed in the Southeastern US. Several new Canadian pellet facilities, such as Holbrook Forest Products in Roddickton, Newfoundland, have expressed their intentions to export pellets, but have yet to do so for various reasons, including inadequate export dock facilities.