Tuesday, 30 March 2021
0
A 50 MW solar farm developed by Anesco has been given the green light by East Lindsey District Council, with the company gearing up for its latest wave of large-scale solar projects. 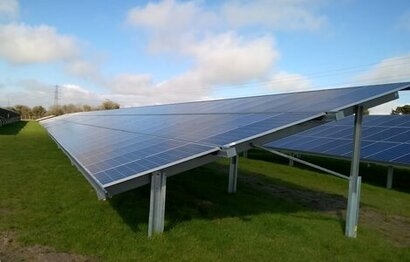 The 60-hectare ‘Low Farm’ site is located in Wainfleet, near Skegness. Once complete, the solar farm will generate enough clean energy to power an estimated 13,500 homes, while helping to save 12,000 tonnes of carbon emissions annually. Construction is expected to take around 26 weeks, with the site having a lifespan of 40 years, after which time it will be returned to its natural state.

Low Farm will benefit from significant ecological enhancements, which are expected to result in a biodiversity net gain of more than 130 percent. These plans include the creation of wildflower meadows and habitats that are specially designed to support some of the UK’s most at-risk species.

As well as contributing to the UK’s drive towards net zero emissions by 2050, the project also supports East Lindsey District Council’s Carbon Reduction Plan and associated recent commitment to becoming net zero by 2040.

“We’re delighted to have secured planning permission for Low Farm, which is the first of a new wave of large-scale solar projects reaching the investment ready stage” said Mark Futyan, Anesco CEO “With solar now undercutting most other power generation options in terms of cost-effectiveness, while also being environmentally sustainable, we are seeing significant interest from investors. With a strong project pipeline, and mounting interest for our connected O&M and revenue optimisation services, we are on track for one of our busiest years yet.”

Anesco has more than 430 MW of new solar and storage projects in planning or at the ready to build stage, with a total pipeline exceeding 2 GW. The company also recently announced it is soon to break ground on its third solar farm outside of the UK, in the form of a 30 MW site in The Netherlands for Shell New Energies, while its O&M team manages more than 1.1 GW of renewable energy assets.