Thursday, 11 March 2021
0
Robin Whitlock
The City of White Plains in New York and its selected developer, Distributed Solar Development (DSD), have broken ground on a nine-project, 6.8 megawatt community solar portfolio in the City that will triple the amount of solar energy produced in New York State’s Westchester County. 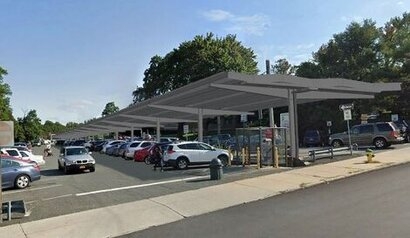 When complete, the White Plains community solar portfolio will be the largest municipal renewable energy deployment in the County, producing enough energy to power more than 700 homes annually, or equivalent to removing over 1,300 cars from the road. Construction on the portfolio is expected to conclude before the fall of this year.

The New York Power Authority (NYPA), with its administrative offices in White Plains, is acting as an energy advisor on the project to ensure it is well structured and provides White Plains with the greatest possible energy, environmental, and economic benefits. The Department of Public Works, in conjunction with NYPA, prepared a Request for Proposals (RFP) for leasing municipal property for solar development at various city locations and solicited more than 100 qualified developers. Eight competitive proposals were received.  After a thorough evaluation of the proposals and an interview process, the city chose Schenectady-based DSD and entered into a multi-year agreement to establish a Community Solar program in conjunction with Con Edison.

The projects also will help realise Governor Andrew M. Cuomo’s goal of installing 6,000 megawatts of solar by 2025 as called for in the Climate Leadership and Community Protection Act. As Westchester County’s largest municipal project, the White Plains portfolio of projects also will serve as an example for other communities that may be interested in actively pursuing clean energy initiatives that allow all resident households to receive a benefit.

White Plains has a strong track record when it comes to renewable energy leadership. In 2014, it was one of the first municipalities to adopt the New York State Unified Solar Permit, which expedited residential solar permitting. In 2017, White Plains was designated a Clean Energy Community by the New York State Energy Research Development Authority (NYSERDA).

“White Plains has been a leader in New York when it comes to renewable energy” said White Plains Mayor Tom Roach. “We have wanted to undertake a large-scale solar project using a city-owned portfolio of sites for years, but the low price of energy produced by NYPA and purchased by the City made such a project difficult to justify economically. Now, with NYPA’s consultation, we have been able to achieve our goal. This project is a win – for our residents, the City, and the environment. DSD’s ability to own and maintain the system enables White Plains institutions and residents to save money on energy and contribute to positive environmental outcomes. Over the 20-year term the City anticipates collecting more than $20 million in rent from hosting these installations.”

Gil C. Quiniones, President and CEO of NYPA, added that when it comes to community-based renewable energy  – and specifically solar – White Plains is leading from the front, which is providing advisory services for the project, and that Mayor Roach and his team understand the importance of addressing the climate crisis head on and have taken bold steps to make environmentally friendly choices that will result in a greener, more sustainable future.

“The city’s forward thinking approach serves as an example for other communities and will help to advance New York in having the strongest community solar market in the nation” said Mr Quiniones.

DSD has partnered with Community Solar Platform to manage registration for residential and commercial customers interested in taking advantage of the renewable energy produced.