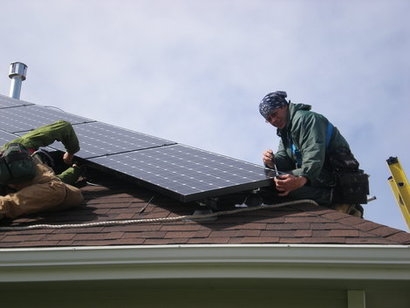 Ofgem’s reforms aim to reallocate how the costs of networks are recovered, with a view to recovering all of the 'residual' network costs through end-users via fixed charges, depending on a rudimentary categorisation of user type. This is a major change to the current approach where these network costs are recovered across end-users and generators depending on their electricity consumption.

The letter makes clear that Ofgem’s recently published ‘Targeted Charging Review’, if implemented as proposed, will undermine progress towards a more flexible, low-carbon energy system. Ofgem has identified that homes and businesses with solar PV and energy storage will be most affected by the proposed changes. Consumers who have made considerable effort to curb their energy use and environmental impact through onsite generation or energy efficiency measures face increased charges, while profligate users would see their charges reduced.

“Ofgem’s proposals fail their own fairness test” said STA Chief Executive Chris Hewett. “We cannot see how it can be fair that the single occupant of a small flat should pay the same contribution to recovering network costs as a family living in a mansion. And when it comes to the vital issue of carbon, unfortunately once again we are seeing policy penalise companies who have done everything Government has asked of them to reduce their energy use and to invest in smart technologies, like solar and storage. Furthermore, the timing of these changes is totally out of sync with any rewards for 'smart' energy use, creating uncertainty for everyone in this important market, and damaging the year-on-year business case.”

Analysis and consumer research accompanying the Ofgem proposals revealed that consumers supported the current system, noting that they “thought that users should continue to pay for what they used, and that this was the ‘fairest’ method in which to pay for the network.” Furthermore, a flat, fixed rate will dampen the price signal sent to consumers to encourage the uptake of technologies, products and behaviours that encourage flexibility - essential for a clean, low-cost energy system. The STA is particularly concerned about the potential impact on the commercial sector, where there is a risk of a five-fold increase in charging costs for those with solar and storage, according to Ofgem’s own analysis.

The proposals and concepts involved are complex and the review is likely to be wholly inaccessible to most of the million-odd proactive businesses and households that have taken steps to reduce their carbon and their energy use. Industry, farmers, schools, offices, hospitals, religious buildings, local authorities, community energy groups and many more who have taken such steps will be affected by the proposed changes.

Tags: Solar , Storage , Efficiency , Electricity , PV , Carbón
Add a comment
IB Solar
IB Solar introduces state of the art microprocessor based DC-AC Converter that requires no battery and no mains power for functioning. It can be termed as breakthrough technological innovation in Solar industry. It converts direct solar panel energy to power for running electrical appliances such as- Fans, Tube lights, Air Conditioners, Irrigation Pumps and many more for the load available till 15KVA.
geothermal