Thursday, 24 October 2013
0
Robin Whitlock
At present, less than 16 percent of the population has access to electricity and in rural areas that figure falls to about 2 percent. The Rwandan government hopes to increase this figure to 48 percent by 2017 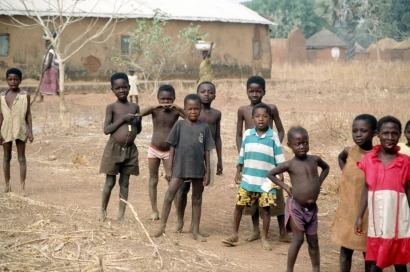 The German Development Co-operation (GIZ) has launched a project that could help rural communities in poorer countries develop their electricity resources through the provision of solar power, particularly where there is no national power grid.

GIZ will energise development in Rwanda through result-based financing of renewable energy. The project is seeking to provide solar energy to over 1.7 million people in the country by giving incentives to private sector installers to deploy solar energy panels, build pico hydro power plants and rehabilitate micro-hydro power plants that are currently in poor condition. The project will be rolled out in early 2014 and will involve investors receiving incentives to operate and manage village grids to ensure that residents can access power.

“Only those who will have invested in renewable energy will benefit” said Benjamin Attigah,  the GIZ Energising Development programme manager. “The idea is to encourage the private sector to take on the role of rural electrification, especially in remote areas that have no accesses to the national grid. The development of appropriate business models in the solar business will also accelerate the roll out of renewable technologies in Rwanda.”

Access to solar energy will make it easier for poorer people to get power and enable them to save up to Rwf60,000 per year through reduced expenditure on lighting and phone charging. The project will also help the economy to benefit from a strong private sector as well as a reduction in the importation of kerosene. According to Gaspard Nkurikiyumukiza, the principal engineer at the Rwandan Energy Water and Sanitation Authority (EWSA), the government is currently establishing rural settlement electrification models.

The World Bank has also approved $60m in additional financing for the extension of electricity to Rwandan schools, health centres, hospitals and other public facilities.