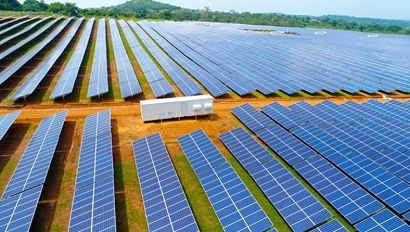 GLAE acted as the lead financial and technical investor in the project, working with Xsabo Power to deliver the 24 MW Kabulasoke Solar Power Park in conjunction with the Uganda Electricity Transmission Company Limited. The project development teams completed critical commissioning tests on Christmas Day and managed to achieve Commercial Operations Start Date (COD), ahead of the New Year. The successful completion of the pilot commissioning tests now paves the way for the Kabulasoke Solar Power Park official commissioning on the Ugandan power grid for onward distribution to power consumers in coming days.

According to GLAE Director, Michael Kearns, the Commercial Operations Start Date (COD) for the project, was achieved on Sunday, December 30th 2018 and duly confirmed by (UETCL), as per terms of a 20-year Power Purchase Agreement (PPA) with the Government of the Republic of Uganda.

“With the achievement of a COD milestone, we are now ready to undertake the ceremonial commissioning of the largest solar power park in East and Central Africa at the earliest opportunity” Mr Kearns said.

“The grid switching of the Kabulasoke project marks yet another milestone for GLAE alongside our other projects in Ndola Zambia and Rovuma in Mozambique, where we are providing energy solutions to power national development ideals” he added.

Once officially commissioned, the Kabulasoke project, which is already connected to the national grid, will serve a population of more than 5 million in rural Uganda, who currently rely on kerosene; among other non-renewable energy sources while affording more than 21,000 tons of carbon savings.

The Kabulasoke solar power park, features Tier 1 poly crystalline solar modules with an efficiency of 17.6 percent which is now highest in the industry ensuring a high energy yield. The engineering design for the project, also integrates a state of the art inverter plus power transformer solution to minimise energy losses. The GLAE Power plant design ensures less than 0.5 percent energy losses for the plant.

The on-schedule completion of the 24 MW Kabulasoke Solar Power Park, comes hot on the heels of our recent partnership with the Government of Mozambique.

The partnership is to develop a natural gas fired electric power generating plant at an estimated value of US $400 million.

As part of the agreement signed last May, GLAE which also operates a 105 MW power plant in Zambia’s copper belt town of Ndola, under Ndola Energy Company Limited (NECL), is set to develop, finance, own and operate the plant to be fed with natural gas supplies from Mozambique’s Rovuma Basin.

GLAE is in the process of securing additional Power Purchase Agreements in Africa and beyond and is currently screening opportunities in Mozambique, Zimbabwe, Malawi, Kenya, Uganda and the Democratic Republic of Congo among other countries.