Thursday, 10 January 2019
0
Robin Whitlock
Global clean energy communications and consulting firm Mercom Capital Group, llc, has released its annual report on funding and merger and acquisition (M&A) activity for the solar sector in 2018, which has found that total global corporate funding into the solar sector, came to $9.7 billion, a 24 percent drop compared to the $12.8 billion raised in 2017. 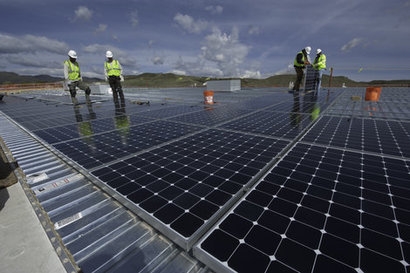 The top investors in large-scale projects included the European Bank for Reconstruction and Development (EBRD), which invested in 16 projects, followed by the Dutch development bank FMO with seven deals, and Natixis with six deals.

“2018 was a year filled with uncertainties which started with Section 201 tariffs followed by an announcement from China that it was capping installations and reducing its feed-in-tariff” said Raj Prabhu, CEO and Co-Founder of Mercom Capital Group. “More bad news came from India which imposed safeguard duties on imports. Uncertainty stemming from the three largest solar markets in the world was reflected in equities of publicly-traded solar companies as well as fundraising activity during the year”.

Prabhu added that about 100 GW of large-scale projects have been acquired since 2010, a reflection of how far solar has come as an asset class. Quality solar projects are now a mature, attractive investment opportunity around the world.