Tuesday, 19 January 2021
0
Robin Whitlock
Using the latest council data from cities in England, Scotland and Wales, The Solar Centre have taken a closer look at who is doing the most for solar energy in their city. 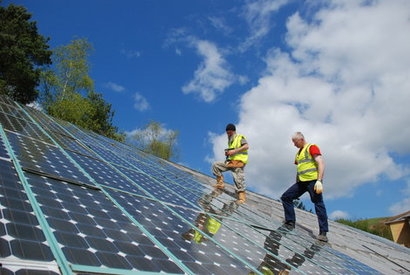 The pandemic has taken a toll on the economy, but it’s still imperative for councils to fight the effects of global warming. Along with investment in wind energy, councils must continue work on other areas if Britain are to achieve net zero by 2050.

Gathered via FOI requests, data reveals the councils who have invested the most in solar energy since the start of the 2014/15 financial year.

With budget sizes varying greatly, The Solar Centre referenced investment against the available budget for ‘environment’ and ‘housing.’ Cities were ranked on investment in solar energy, per million pound of council budget.

The best investors were London Borough of Merton – pumping just over £1.4 million into solar energy over the past five-and-a-half years. Proportionate to budget, this was more than £130,000 per million.

Overall, the city that invested the most in this time was Portsmouth – with £4,995,707 spent. Portsmouth has continued to invest and since this data was collected, they have built another large 250-kilowatt PV system, installed on Hilsea Industrial Estate in October 2020.

Other factors that were looked at in terms of council involvement in solar projects were the number of council owned properties fitted with PV systems and the amount of solar energy generated for council use since 2014/15.

Newcastle has the most solar fitted buildings, with 1,032, while by far the most energy produced for council use was in Peterborough. They have generated over 295 million kilowatt hours (kWh) – though bear in mind we adjusted results per 100,000 capita for validity.

“All of us at The Solar Centre care greatly about the UK’s target of having net zero emissions by 2050, and we’re always interested to see council activity that helps towards reaching this goal” said  Brian Davenport, Director of The Solar Centre. “Of course, there are many areas councils need to invest in besides solar, but it is always nice when we see the likes of Portsmouth, Merton and Plymouth continually showing passion and investment in solar energy in their city.”