JinkoSolar to build a cell and module manufacturing facility in Malaysia 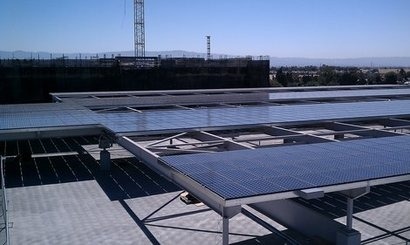 Once complete, the facility will provide JinkoSolar with 500 MW of additional production capacity for solar cells and 450 MW for modules. The company has signed a tenancy agreement with Nationgate Technology (M) Sdn. Bhd. for the workshops in which the production line is going to be built. It will invest around $100 million to build the plant, including equipment and working capital and is expecting to be able to commence operations in May 2015.

“We are excited to be among the first Chinese solar manufacturers to invest in Malaysia” said Mr. Kangping Chen, JinkoSolar's Chief Executive Officer. “The Malaysian plant will be our first overseas cell production facility and its module capacity will add to our overseas module capacity, currently located in South Africa and Portugal. By expanding our production capacity geographically, we are further diversifying our global manufacturing layout and enhancing our competitiveness in overseas markets.”

Malaysia is supporting the growth of the global renewable energy industry by leveraging its competitive cost environment, relatively advanced industrial capabilities, talent pool of well-educated engineers, and preferential tax policies. The JinkoSolar project is being strongly supported by the Malaysian Investment Development Authority (MIDA) and local government in Penang.

In other news, the company is also going to deliver over 340,000 of its utility-scale, high-efficiency polycrystalline 72-cell panels to the Utah Red Hills Renewable Park though a contract with Swinerton Renewable Energy. The project is being developed by Scatec Solar, the long-term owner, which has hired Swinerton Renewable Energy to construct the plant and procure the appropriate technologies. The plant will generate around 210 million kWh of electricity per year which will be fed into the grid under a 20 year power purchase agreement (PPA) with PacifiCorp's Rocky Mountain Power, according to the utility's obligation under the federal Public Utility Regulatory Policies Act.